Saala Khadoos trailer: R Madhavan is sexy as a boxing coach, as he does a Shah Rukh Khan!

In Saala Khadoos, Madhavan is shown as a famous boxer whose reputation goes down the drain after one incident. 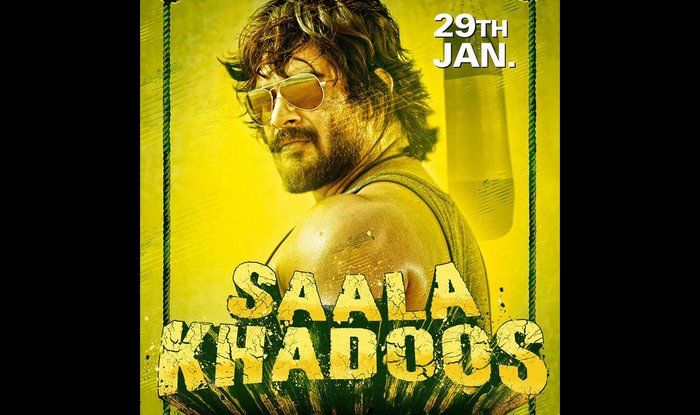 A year ago, we were blessed with the teaser of a movie in which R Madhavan wooed us all with his physique and acting skills. That was Saala Khadoos. Madhavan fans were head over heels in love with him again after watching him as a trainer. Maddy as a boxer trains a woman boxer with the same rigour as he would men. The film features debutante Ritika Singh who turns head with her portrayal of the role of a young female boxer. This is just like the girls are trained by Shah Rukh Khan in Chak De! India. Also Read - Shah Rukh Khan And Alia Bhatt in War Director Siddharth Anand's Big Action Film - Read Details

Fans were eagerly awaiting Saala Khadoos all through 2015 and were disappointed when there was no news about this movie. But finally we have the official trailer of Saala Khadoos, which is in similar but bolder form as compared to the teaser. In Saala Khadoos, Madhavan is shown as a famous boxer whose reputation goes down the drain after one incident. He then goes on to train a girl who wants to excel in the field of boxing. The film traces their journey with all the twists and turns. Also Read - Shah Rukh Khan Goes Innovative to Spread Awareness About COVID-19, Video Goes Viral

Saala Khadoos is to be released in both Tamil and Hindi, which were both shot simultaneously. The movie is set to release on January 29, 2016. The Hindi version is produced by Rajkumar Hirani and UTV Motion Pictures. With an out-of-the-box storyline and a bold take, you will enjoy the trailer of the movie. Watch it here.