Alia Bhatt shares a picture with her father Mahesh Bhatt as they wrap up their film Sadak 2's Ooty schedule.

Alia Bhatt, who is in Ooty shooting for her father Mahesh Bhatt’s Sadak 2, recently wrapped up their Ooty schedule and on the occasion, shared a picture with her ‘not so old man’.Also Read - Ranbir Kapoor-Alia Bhatt's Kesariya Dance Mix's Crossover With 'Dil Dhooba' is BETTER THAN ORIGNAL - Watch Viral Video

Alia, who has been treating fans with pictures from her Ooty schedule added another one to her Instagram feed on the film’s schedule wrap. This time, with her daddy Mahesh Bhatt. Sharing the still, she captioned it, “Schedule wrap..My noy so old man has more energy than the whole crew put together..love you daddy..untill next time.” Also Read - Alia Bhatt's Birthday Wish on Husband Ranbir Kapoor's 40th Birthday is Most Simple And Stunning 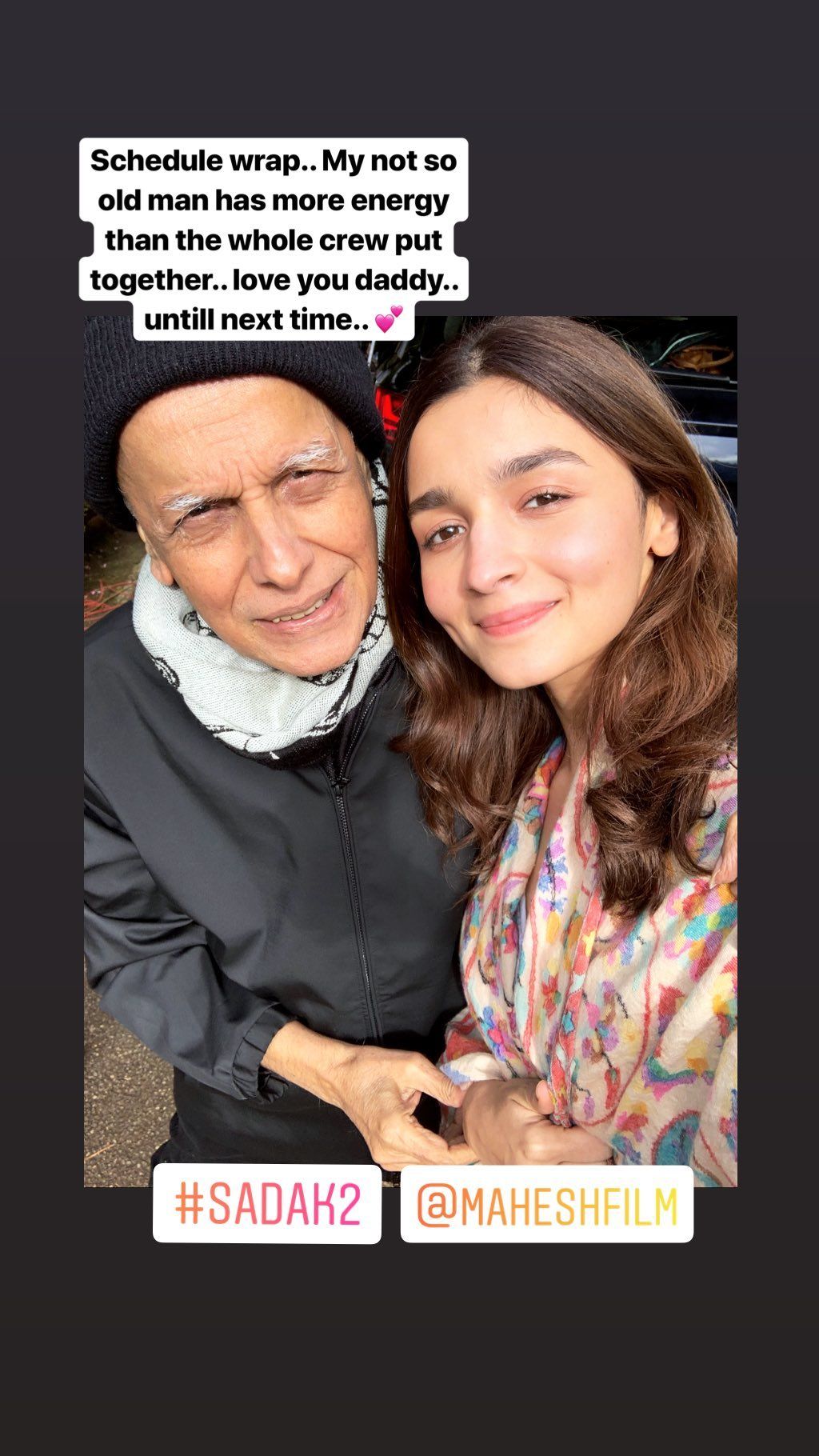 Earlier, she took to her Instagram to share a photograph with her mother Soni Razdan and sister Shaheen Bhatt from Ooty, and captioned it, “a whole lotta love.” In the photo, Alia, being a caring sister can be seen covering her sister Shaheen with half of her shawl as her mother Soni hugs her from the back. In the image, the Raazi actor aces the no make-up look. Also Read - On Ranbir Kapoor's 40th Birthday, Mom Neetu Calls Him 'Shakti-Astra' - Check Her Viral Post

Sadak 2, is a sequel to 1991 film, which featured Pooja Bhatt and Sanjay Dutt. It was one of the highest-grossing Hindi movies of 1991 with a popular musical score. Late Sadashiv Amrapurkar’s award-winning performance as the villain won hearts and his character is still considered one of the all time best bad guys in Bollywood. The film was inspired by the 1976 American movie Taxi Driver which starred Robert De Niro as the lead actor.

It is after almost 20 years that Mahesh Bhatt is back in the director’s chair. It also marks his first collaboration with daughter Alia.

The film features Alia Bhatt, Aditya Roy Kapur, Pooja Bhatt and Sanjay Dutt. Pooja and Sanjay also starred in the original 1991 film Sadak, a romantic thriller. It revolved around a young man who falls in love with a sex worker.