Saif has had a change of heart. He actually went over to meet Sajid recently on Monday and the two hugged. 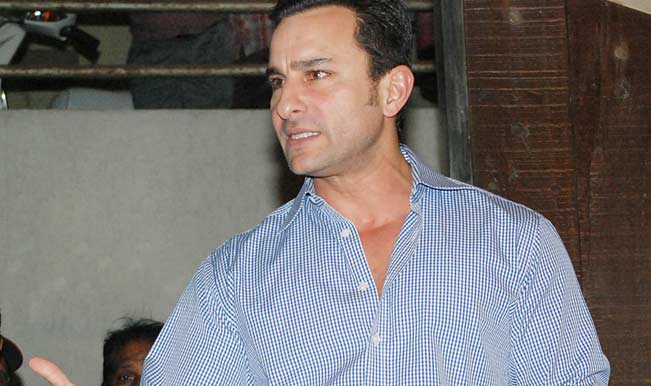 Humshakals, one of the most hyped films of this year, failed miserably at the Box Office. In spite of promoting the film on a large scale, Sajid Khan’s Humshakals was a major let down for the audience. Bollywood actress Bipasha Basu, who was a part of the film, refused to promote it because she felt that the movie had an abrupt ending. Not only that, she also went on to say that she would never want to work with Sajid ever again. However, the film somehow managed to collect around 70 crores at the domestic box office. Also Read - Sooryavanshi's 3rd Friday Collection is More Than What Bunty Aur Babli 2 Has Minted on Its First Day at Box Office

Post Humshakals, Sajid Khan and Saif Ali Khan had a bitter fallout and refused to talk to each other  after their debacle Humshakals.  The ‘Nawab of Pataudi’ not only dissed the film, but also made it clear that he didn’t want to continue his association with film maker Sajid Khan. However, Saif has had a change of heart. He actually went over to meet Sajid recently on Monday and the two hugged. The Happy Ending actor explained to Sajid how he “never quite meant to sound harsh” and he even apologised for being hurtful.The two have now finally ended their four-month long fight and have buried the hatchet. Also Read - Bunty Aur Babli 2 Movie Review: Thank God For Rani Mukerji Nahi Toh Thagg Liye Jate!

Saif is now gearing up for his forthcoming film Happy Ending, which is slated to hit the silver screens this Friday. Starring the talented actor himself, Happy Ending also has Ileana D’Cruz, Govinda, Ranvir Shorey and Kalki Koechlin in the lead roles. Will Happy Ending have a tough time at the Box Office just like Saif’s previous film Humshakals? That, only time will tell!