Saif Ali Khan: I want to be more consistent now

After a disappointing run of his last few releases, Saif Ali Khan says he now wants to focus on making films that match his sensibilities. 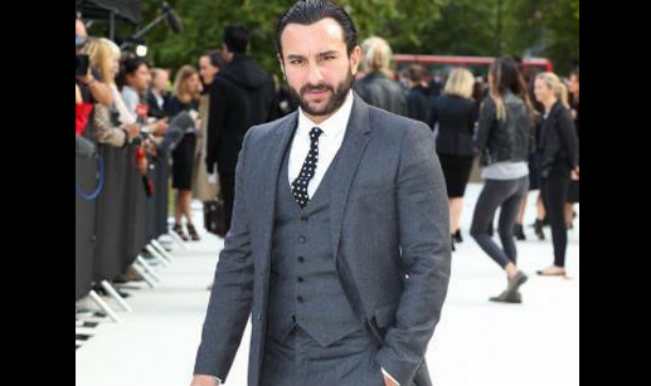 New Delhi, Oct 28: After a disappointing run of his last few releases, Saif Ali Khan says he now wants to focus on making films that match his sensibilities. The 44-year-old actor, who last worked in much criticised multi-starrer comedy ‘Humshakals’, says he would like to go back to making movies like ‘Omkara’ and ‘Parineeta’ again. Also Read - Sooryavanshi's 3rd Friday Collection is More Than What Bunty Aur Babli 2 Has Minted on Its First Day at Box Office

“I feel I lost touch with myself in recent times and I don’t know why. I was listening to other people’s conviction. I feel, it’s the time to do what I believe in and stick to my conviction and sensibilities whether I do films like ‘Parineeta’, ‘Omkara’ or ‘Hum Tum’. “I would like to do such films again. I have generally been an erratic person by nature, which I am being bored off now. I want to be more consistent now and give things right amount of respect,” Saif told PTI in an interview. Also Read - Bunty Aur Babli 2 Movie Review: Thank God For Rani Mukerji Nahi Toh Thagg Liye Jate!

The National-award winning actor next stars in ‘Happy Ending‘, which is a spoof on romantic comedies. Also starring Govinda, Ileana D’Cruz, Ranvir Shorey, Kalki Koechlin besides Preity Zinta and Kareena Kapoor in special appearances, the film is expected to hit theatres on November 21. “It’s a story about somebody who has a problem with commitment and love. It’s a bit like a Woody Allen movie, a mature film. I am really proud that we made this film because it’s a kind of spoof on romantic comedies,” Saif said.

The actor, who is also co-producing the film, has teamed up with his ‘Go Goa Gone’ directors Raj Nidimoru and Krishna DK as he feels his sensibilities match with the director duo. “We three met during ‘Go Goa Gone’ and I really like the style of their working. The way they wrote my character in that film was really interesting. “‘Happy Ending’ is a fresh film that Raj and DK have made. Our sensibilities match and we hope that we do lots of good work in the future as well,” he said. Saif started his career in 1993 with romantic film ‘Aashiq Awara’, which earned him the best debut male award. But after that he did many films which did not do well at the box-office.

He got a fresh start again with slice-of-life film ‘Dil Chahta Hai’, followed by ‘Kal Ho Naa Ho’, ‘Ek Hasina Thi’, ‘Omkara’ and ‘Hum Tum’.
Asked what kind of films he would love to associate himself with, Saif said, “It’s important to make good money at the box-office. Some films can do that while some films can’t and that doesn’t mean that those films are not good films. “I like to do a mix of everything. I would like to do a film which hits 200 crore at the box-office and at the same time I would like to do a film which won’t make that much but would be for intelligent audience.” Saif also stars in Reema Kagti’s yet untitled project.