Saif is shooting for his upcoming period film, directed by Navdeep Singh, that also stars R Madhavan and Sonakshi Sinha

Get ready for your daily dose of Taimur Ali Khan. Saif Ali Khan is currently shooting for an upcoming film in Rajasthan and he is accompanied by none other than Kareena Kapoor Khan and his darling son, Taimur. In one of the pics, Saif is seen carrying Taimur in his laps as he sits in the front seat of the jeep, next to the driver, while Kareena ad the nanny sit behind. Needless to say, Taimur is looking adorable as ever in his blue and white striped shirt as he stares at the shutterbugs. Also Read - Pataudi Palace Details: Can You Book a Room at Saif Ali Khan's Rs 800 cr Luxury-Meets-History Home

In one of the videos, Saif is seen playing cricket with the kids as Bebo and Taimur are cheering him on. A source close to the development told a leading daily, “Saif has been shooting in a village called Desuri in Rajasthan (that is two hours away from Udaipur) for the yet-untitled Navdeep Singh film, which also stars R Madhavan and Sonakshi Sinha in key roles. As he is stationed in Udaipur, Bebo decided to pay him a visit with Taimur in tow. They will zoom off to different places as they love to travel.”  Take look at the pics and videos below : Also Read - Rajasthan Man Dies 5 Days After Getting COVID Vaccine Dose; AEFI Panel Says Death Not Related to Jab 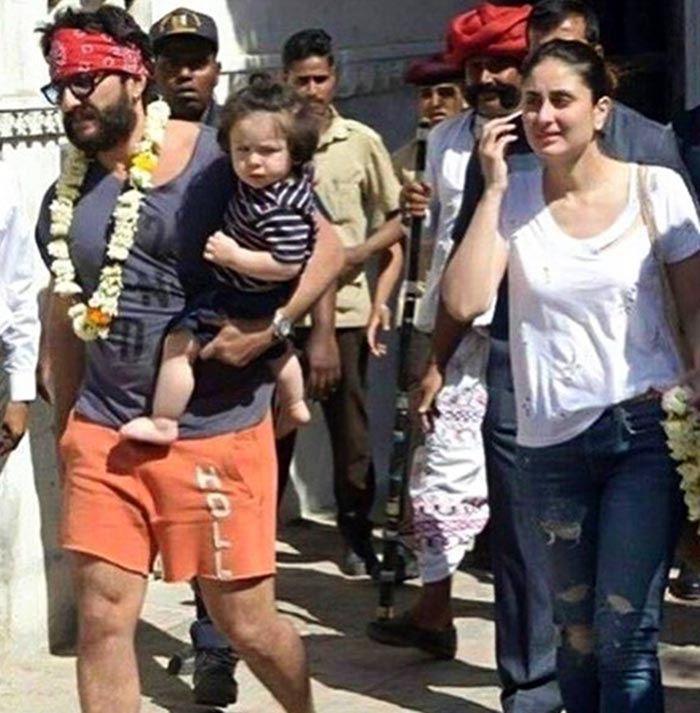 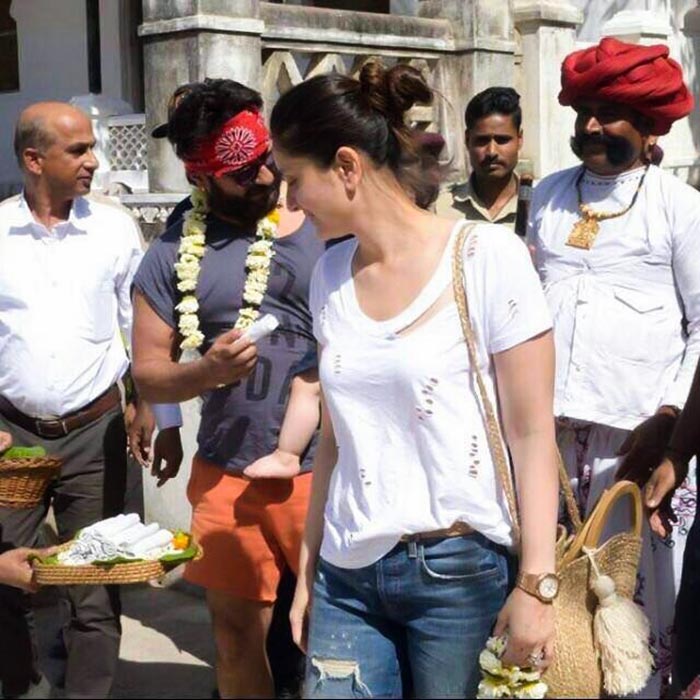 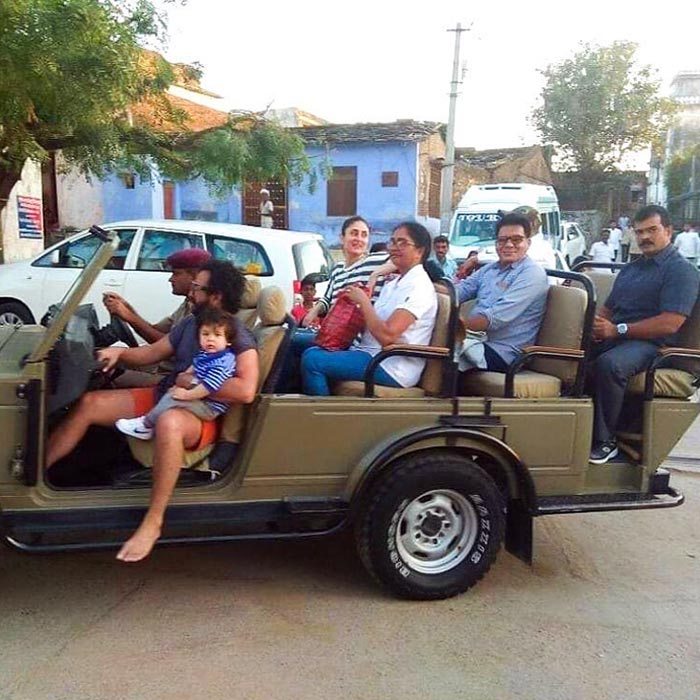 Kareena will soon start promoting her film, Veere di Wedding, which perhaps explains why she wants to spend as much quality time as possible with her family before resuming work. Also starring Sonam Kapoor, Swara Bhaskar, Shikha Talsania and Sumeet Vyas, the film, directed by Shashanka Ghosh, and co-produced by Rhea Kapoor, Ekta Kapoor and Nikhil Dwivedi, will release on June 1, 2018.