Watch the video that shows the story behind Salman Khan and Kareena Kapoor's touching initiative for a village near Mumbai. 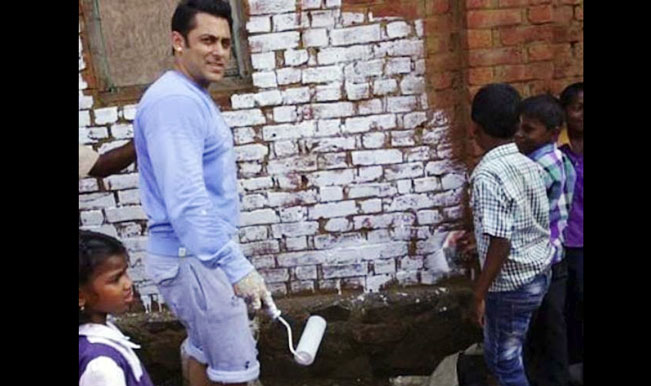 Salman Khan might be one of the most controversial stars of Bollywood, but when it comes to charity, he is the darling of the masses. D’you remember us telling told you how Salman had literally painted a hamlet at Karjat in a variety of colours? This happened when at a whim while shooting for Bajrangi Bhaijaan, Salman got up and told director Kabir Khan that he wanted to go out and do something for the village where he was shooting. Also Read - Salman Khan Mocks Arshi Khan For Her Golden Dress: Tu Bigg Boss Ka Sofa Pehen Kar Aayi Hai

Just when the film’s crew must’ve thought that Bhai would send across Being Human T-shirts to the villagers and forget about it, the actor went a step ahead – he decided to paint the thatched-roof houses of the gaonwallahs. What’s more, Salman’s Bajrangi Bhaijaan co-star, actress Kareena Kapoor also joined in, and so did music director Himesh Reshammiya and the entire crew. The actor also gifted the women saris, and also indulged in a game of football with the men. Also Read - Deepika Padukone’s Rs 12,500 Oversized Shirt Deserves a Place in Your Closet| See Viral Photos 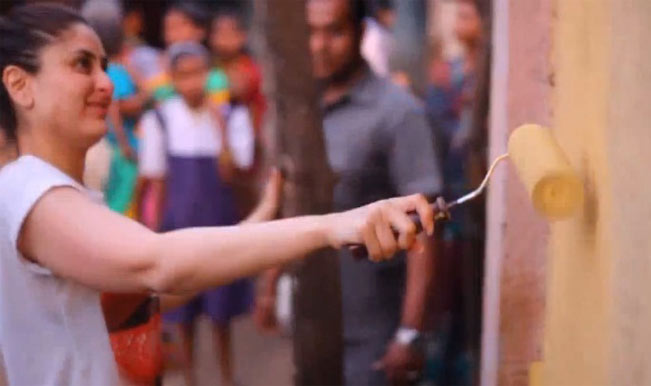 On January 29, Salman shared the video of this house-painting job of his that he thinks is a part of the Swachh Bharat campaign of Prime Minister Narendra Modi – also simultaneously working as a publicity stunt for his film. Watch the video that shows the story behind Salman’s touching initiative for the village!

Bajrangi Bhaijaan is the same film that was in trouble for its alleged story on Love Jihad. We had expected Salman to talk about the Bigg Boss 8 Grand Finale that will take place on Saturday, January 31. But it seems now that he is no longer hosting the show, he’d rather share stuff about his latest film Bajrangi Bhaijaan on his social network. (ALSO SEE: Bigg Boss 8 Grand Finale: All you need to know about Bigg Boss Halla Bol’s final episode)