Salman Khan and Katrina Kaif are re-uniting once again for ‘Tiger Zinda Hai’ and their fans are just restless to see them once again on the silver screen now! It is a known fact that the ex flames once dated each other and their chemistry was something everyone envied of! After doing a few films with each other, they parted ways. Courtesy- Katrina’s alleged relationship with Ranbir Kapoor. However, with Tiger Zinda Hai, the ex couple buried all the hatchets only to give their fans a glimpse of their long lost chemistry. Now, recently, this bonding went a bit further as they were spotted at Mehboob studio and Salman Khan himself went to say good bye to her! Also Read - Bigg Boss 14 Star Rakhi Sawant Begins Her Mom's Cancer Treatment, Thanks 'God Brother' Salman Khan

Check out the pics here! Also Read - Bigg Boss 15: Salman Khan Announces Audience Will Be Able to Audition For The Next Season 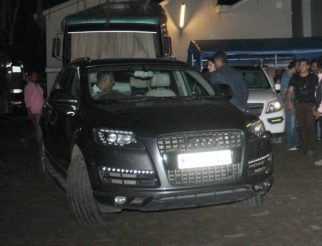 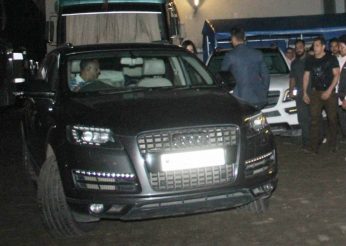 Salman Khan heading towards Katrina to bid her goodbye 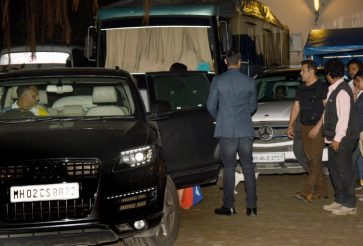 Well, if you were not aware about this, let us tell you another interesting thing! Katrina Kaif was in Mehboob studio, not for Salman Khan but for Ranbir Kapoor! She was here with him to promote their film ‘Jagga Jasoos’. In the same studio, on the same day and at the same time, came Salman Khan for his media interactions for his upcoming film Tubelight. Although it is unknown whether Salman and Ranbir met each other, we definitely now that Salman Khan and Katrina did!

Coming back to the photos, grapevine suggests that the duo was spotted spending some quality time with each other. Salman and Katrina, apparently, also kissed and hugged each other as he came to say bye bye to her! Now was it a friendly gesture or is there something more than what meets the eye, that is for you to guess! ALSO READ: Katrina Kaif slaps Ranbir Kapoor and his reaction is epic!

Tiger Zinda hai is directed by Ali Abbas Zafar and bankrolled by the Yash Raj Films.The action film will be hitting the theatres on December 22. After this real bonding, we are even more excited for the reel bonding now! What say?