Salman Khan: I don’t have problem with Shah Rukh Khan being the king!

Superstar Salman Khan, who has been delivering hit films back-to-back, feels his arch rival Shah Rukh Khan is the 'King of Bollywood'. 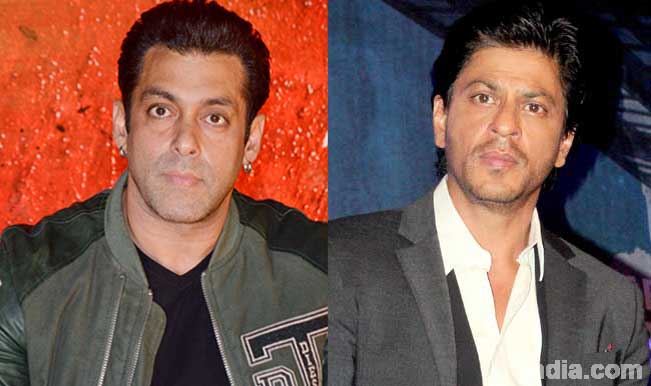 Superstar Salman Khan, who has been delivering hit films back-to-back, feels his arch rival Shah Rukh Khan is the ‘King of Bollywood’. Salman has become the first Bollywood actor to give seven Rs 100 crore hit films in a row, including his recent release Kick. Also Read - Shah Rukh Khan's Double Role in Atlee's Action Film - All About His Upcoming Movies

“You can say whatever you want. But there is a king (hinting at Shah Rukh) anyways. You have problem with him being the King? I don’t have problem with him being the king,” Salman said on Thursday when asked if after delivering so many hit films he feels like the new king of Bollywood. Also Read - Bigg Boss 14 New Promos: Sidharth Shukla, Hina Khan And Gauahar Khan Say #AbScenePaltega

SRK and Salman’s enmity and an eventual patch up has been a fodder for gossip in Bollywood for many years but the ‘Kick’ star indicated that he no longer has a problem talking about the other Khan.

“You are talking about Shah Rukh?” the actor asked a reporter to a query on him being the king of Bollywood, to which the scribe said he was not referring to Shah Rukh.

Salman then said, “I am mentioning (him). If he is the king, he should be the king, that is the good position.”

To a query on where he places himself in the industry, he said, “I would be placing myself much behind, right now I am misplaced.”

With Salman’s recently released Kick continuing a good run at the box office, there is a buzz that the film may cross Rs 200 crore mark. The makers claim Kick has already collected Rs.147.7 crores despite bad reviews.

On the box office result of Kick, Salman said, “I don’t know about the business. Why talk about Rs.200 crore, talk about Rs.300 or Rs.400 crore or Rs.500 crore. We would be more than happy if the film does more business.”

On reports that Karan Johar is paying Rs.150 crore each to him (Salman) and Aamir Khan for doing a film with his production house, the actor said, “Films are not making Rs.300 crore. I wish we get that much. Films are not making that much money, they are making Rs.200-250 crore, some not even touching that much. So how can our prices be that much… it is ridiculous.” Johar also denied the reports on Thursday.