Salman Khan: I gave you a chance to become Katrina Khan, but you chose to be ‘Katrina Kapoor’

At Arpita Khan's wedding, Salman brought out his angst against his former lover Katrina Kaif who is now with Ranbir Kapoor. 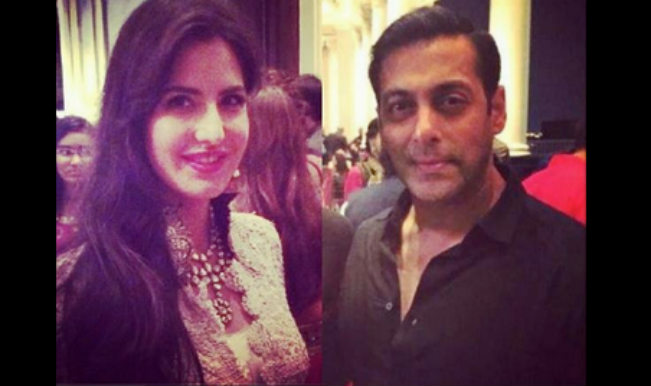 Arpita Khan’s wedding has been in the news of late. The younger sister of Salman Khan tied the knot at Falaknuma Palace, Hyderabad, with her long time Delhi-based boyfriend Aayush Sharma. From the star-studded wedding guest list to the SRK and Salman’s impromptu photo session with the media, we made sure to keep you posted with the latest news and details of this year’s much talked about Bollywood wedding. Also Read - Bigg Boss 14 Weekend Ka Vaar October 18 Episode: Jasmin Bhasin Accuses Eijaz Khan of Physically Intimidating Others

The Khan-daan definitely made sure to make Arpita’s wedding a grand affair. Salman, Sohail and Arbaaz Khan’s youngster sister’s wedding witnessed a number of celebrities from B-town who attended the wedding making it a memorable day for the young bride. Salman’s ex-flame Katrina Kaif, who performed on Sheila Ki Jawani for Arpita’s sangeet ceremony, didn’t miss an opportunity to show her killer moves at the wedding as well. Also Read - Bigg Boss 14 Weekend Ka Vaar October 18 Episode: Salman Khan Loses His Cool, Asks Rubina Dilaik To Leave The House

It has been reported that during Arpita’s wedding, when the popular item track Chikni Chameli was being played, Salman, who was overenthusiastic about his sister’s wedding, took the mike and called out, “Katrina Kaif, Katrina Kaif tumhara gaana baj raha hai. Please come on stage.” When a visibly embarrassed Kat chose to hide behind Karan Johar and pretended to ignore Salman, he announced, “Karan please come here, and bring Katrina Kaif on stage…’’

When Kat refused to budge, Salman said, “OK fine, not Katrina Kaif. Katrina Kapoor, please come on stage!” A flustered Kat had no choice but to grin and bear it. When she finally walked towards the stage, Salman joked, “Mai kya karoon… I gave you a chance to become Katrina Khan, but you chose to be ‘Katrina Kapoor’!”

Well, no matter how much they tried to hide it, Ran-Kat’s love story is known to all. It is quite evident that the two cannot have enough of each other and are madly in love. Katrina and Ranbir’s love affair is stale news. Apparently, buzz is that the two love birds are all set to tie the knot in 2015!