He said that he was sorry for having the energy level so low with so much of s**t happening around but he promised it does not repeat when he comes next time. 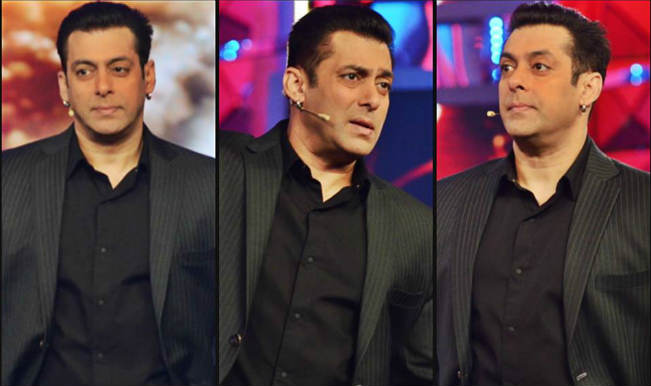 Are you one of us who watches the reality show Bigg Boss 8 only for its super host Salman Khan? If yes, then we are sure you would have noticed the grim-faced Salman Khan in the last episode of Bigg Boss 8 Weekend Ka Vaar. Throughout the episode, Salman looked upset over something and lost in his thoughts. He never smiled for even once, did not speak more than required and overall his energy level seemed low, something that the Dabangg Khan admitted at the end of the episode. Also Read - Bigg Boss 14 New Promos: Sidharth Shukla, Hina Khan And Gauahar Khan Say #AbScenePaltega

Salman Khan who has officially confirmed to not being able to host the last four episodes of Bigg Boss 8 Weekend Ka Vaar was expected to be in better moods. But on the contrary, he was neither happy nor sad but plainly uninterested. With each passing week, the violent behaviors of the housemates only seem to be growing. In the past week, one saw huge fight between Dimpy Mahajan and RJ Pritam who abused each other with flurry of cuss words. If it was Pritam threatening to hit Dimpy, the wild card contestant continued to act her bitchy self. The fight was not only limited to Dimpy and Pritam for there was major quarreling between Upen Patel and Ali Quli Mirza, who threatened to kill each other! Also Read - Sushant Singh Rajput Case: Muzaffarpur Court Orders Salman Khan, Karan Johar And 7 Others to Appear

Viewers desperately were waiting for the weekend and Salman Khan. After all it is only this time of the week when these cribbing, irritating contestants are made to answer for all their misdeeds. But to our surprise, Salman Khan questioned the contestants mainly to Upen Patel, Karishma Tanna, Dimpy Mahajna, Ali Quli Mirza, Punit Issar and Pritam that were involved in those fights. He neither asked them for clarifications or any counter-questions, but just had the disgusted look painted on his face.

At the end of the show, as Salman Khan announced Praneet Bhat’s name to be evicted from the Bigg Boss 8 house, one expected some twist but Salman in no mood to entertain anyone just announce the result. As he concluded the episode, Salman apologized to his viewers for his not-so-energetic appearance. He said that he was sorry for having the energy level so low with so much of s**t happening around but he promised it does not repeat when he comes next time. We hope so too, for we cannot see our favourite Salman so sad and upset!