For once, Salman Khan is shirtless because he is in character!

Superstar Salman Khan has just shared a new poster of his Ed 2016 release, Sultan. Salman said on Twitter, “Sultan ka Pehla Daav”, sharing an image that shows him in character. But for once, Salman is shirtless because he is in character! The Bollywood megastar plays the role of a wrestler in the Yash Raj Films project. The good news for fans is that the first Sultan teaser trailer will be out on April 14 – that is just a day before the release of Shah Rukh Khan’s film FAN in theatres. UPDATE: Sultan Teaser OUT! Watch it here!Also Read - Bigg Boss OTT: Shehnaaz Gill Drops Major Hint About Featuring With Sidharth Shukla On The Show

See the full new poster of Salman Khan’s Sultan here and tell us if you like it! Also Read - Anushka Sharma Is Unable To 'Sleep Peacefully' As She Cannot Get Over Bachpan Ka Pyaar Viral Video

In the Sultan new poster, Salman looks rather fierce and ready to do battle in the akhada! Salman stars opposite Anushka Sharma in Sultan, where she will also be seen playing a wrestler! It will be interesting to see the jodi of these kushtiwallahs, wouldn’t it? 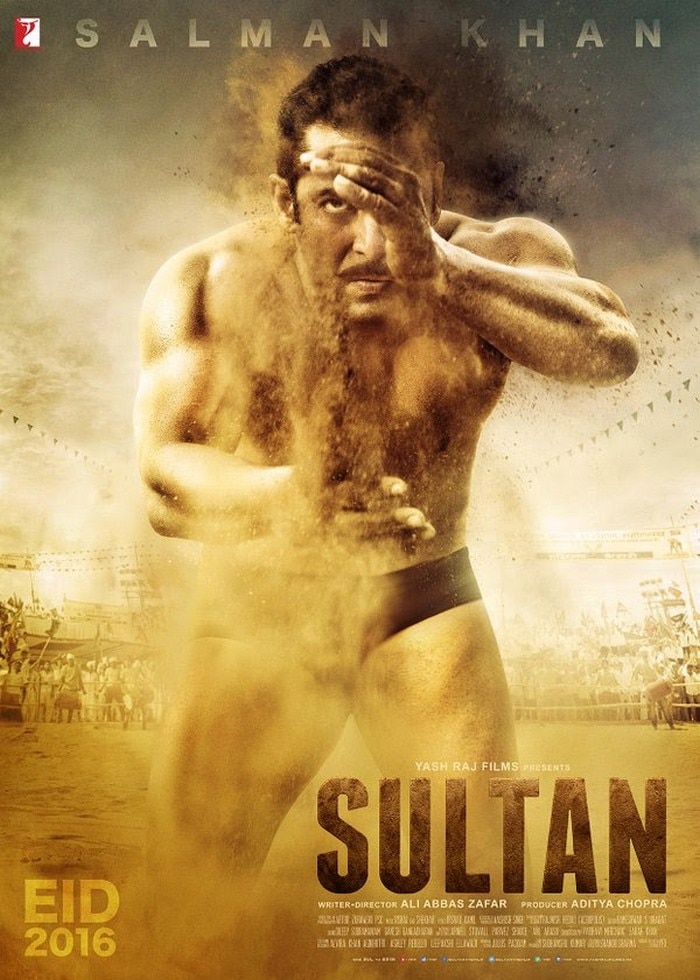 Sultan releases Eid 2016, and the buzz of the movie is so good that Shah Rukh Khan has reportedly backtracked from releasing his Rahul Dholakia film Raees on the same day. The two superstars are now friends again, but we are sure not so much as far as the box office of their respective films is concerned!

Sultan releases on Eid 2016. The film is directed by Ali Abbas Zafar and produced by Aditya Chopra for Yash Raj Films.