The Bollywood superstar was taking a break from shooting for his newest film Tubelight in the north Indian hilly town.

Salman Khan was spotted river rafting in Manali and the fans can’t stop sharing the pictures! The Bollywood superstar was taking a break from shooting for his newest film Tubelight in the north Indian hilly town. Salman Khan earlier completed a shoot schedule of Tubelight in Ladakh before moving on to Manali. The moment he reached Manali on Eid 2016, his pictures went viral where locals were seen according him a warm welcome. Salman Khan’s family members that is his sister Arpita Khan Sharma with son Ahil and husband Aayush Sharma are with him on his Tubelight schedule in Manali and some of their pictures have also gone viral from the shoot. Also Read - Entertainment News Today, March 30: Salman Khan Puts Money Directly Into Bank Accounts of 25,000 Wage Workers as Industry Fights Coronavirus Together

On Independence Day 2016 (August 15), the first look of Tubelight was released. It showed Salman Khan in an army man’s get-up with a back to the camers. Tubelight is reportedly a story of an Indian soldier who is differently abled. It’s a period film based on the Indo-Chinese war of 1962 (Sino-Indian war). The film has been in the news not just for its lead star Salman Khan but also popular Chinese actress Zhu Zhu who stars in the film. Pictures of Zhu Zhu and Salman Khan shooting for Tubelight had also gone viral. Also Read - Entertainment News Today, March 29: Salman Khan to Take Care of Over 25000 Wage Workers in Industry Amid Coronavirus Lockdown 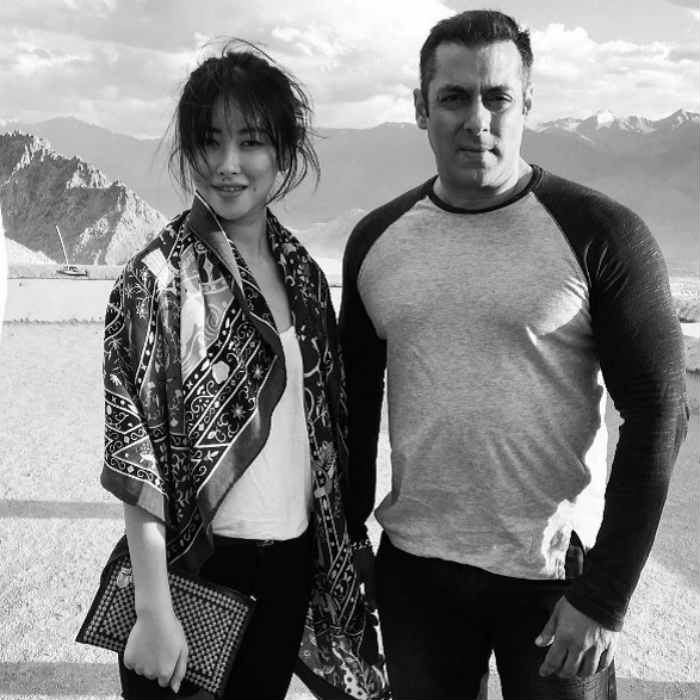 Take a look at more pictures of Salman Khan river rafting – these pics were shared on Instagram by a Salman Khan fan. 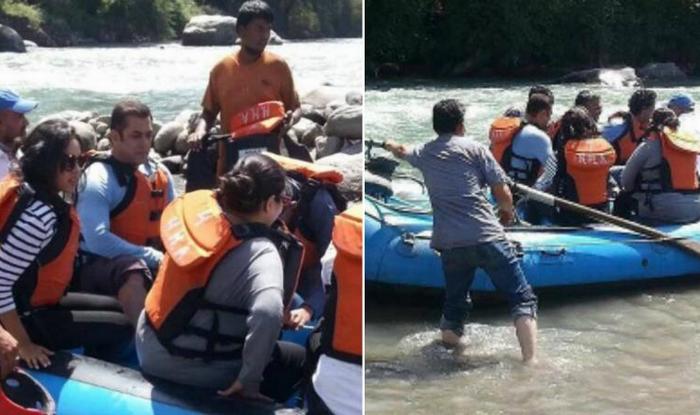 Salman Khan will be doing another film with Kabir Khan after Tubelight. The actor and the director have delivered back-to-back hits in Ek Tha Tiger (produced by Yash Raj Films) and Bajrangi Bhaijaan (co-produced by Salman Khan Films, Kabir Khan, Rockline Venkatesh and Sunil Lulla). 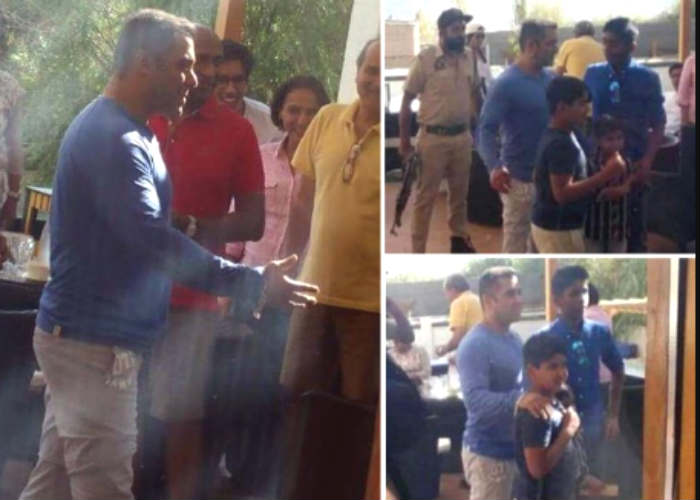 Salman Khan has also been signed on for the Ek Tha Tiger sequel, titled Tiger Zinda Hai and produced by Yash Raj Films again. But this time, the director will be Ali Abbas Zafar who has delivered one of YRF’s biggest blockbusters ever – Sultan starring Salman Khan! (ALSO READ: Salman Khan’s TUBELIGHT first look out: Actor looks sexy as army man!)

But for now, we are excited for this unique love story in the backdrop of the Sino-Indian war. Cross border relationships always work for Salman Khan, with his film Ek Tha Tiger being on a love affair between an Indian and a Pakistani spy (Katrina Kaif in the film). Then Bajrangi Bhaijaan was also about the fatherly relationship of Bajrangi with the lost little girl from Pakistan, played by the cute Harshali Malhotra.

This time, in Tubelight, it’s a woman from China who is in the picture. Let’s see what Tiger Zinda Hai is all about! But Tubelight excites us more right now. Watch this space for more updates on Salman Khan’s Tubelight.