This video is nothing but a Battle for Supremacy that ignites the age-old Salman Khan vs Shah Rukh Khan rivalry in a 'funny' manner. 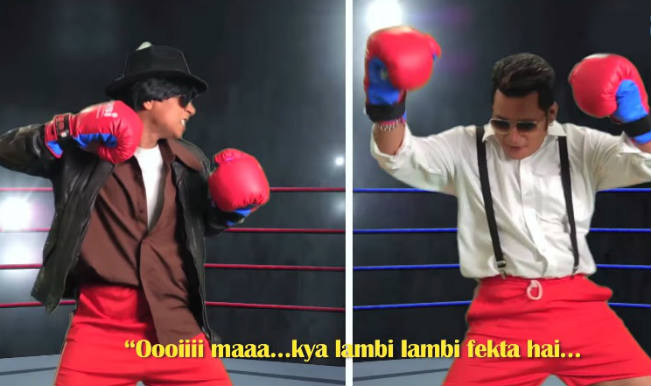 Shah Rukh Khan and Salman Khan share a love-hate relationship, we are well aware of it. But the latest video by ‘Shudh Desi Raps’ will make you ponder if there is any ‘love’ at all between the two guys. They are been all-time legends in Bollywood who boast of massive fan following, with ardent followers calling themselves as SRKians and Sallu Bhai fans. And this video is nothing but a Battle for Supremacy that ignites the age-old Salman Khan vs Shah Rukh Khan rivalry in a ‘funny’ manner. Also Read - Salman Khan Mocks Arshi Khan For Her Golden Dress: Tu Bigg Boss Ka Sofa Pehen Kar Aayi Hai

Just like the previous raps by the YouTube channel — that pitted Indian cricketers MS Dhoni and Virat Kohli against each other — their latest video has Shah Rukh and Salman ripping each other apart. On one hand, the King of Romance boasts about his evergreen romantic saga Dilwale Dulhaniya Le Jayenge and how SRK kicked Salman’s a** in romance. He also takes a dig at Salman’s disappointing love life and how he has been robbed of his girlfriends by other actors (Remember: Abhishek Bachchan married Aishwarya Rai Bachchan and now Ranbir Kapoor announcing his marriage plans with yet another ex-girlfriend Katrina Kaif). Also Read - Salman Khan Funds Rakhi Sawant's Mom's Cancer Treatment, Bigg Boss 14 Star Releases Video

Salman Khan, the famous Dabangg actor who is definitely not the one to take things lying down makes a solid comebacks. From mocking Shah Rukh’s overambitious attempt at being India’s first superhero with sci-fi flick Ra. One to boasting of his numerous box-office bonanzas. But Salman Khan fans will feel their hero has walked away with the knockout punch with his last comment over Shah Rukh’s huge mansion Mannat and its inhabitant! Do not miss.