It is not the first time that the "Karan Arjun" stars are clashing at the box office. 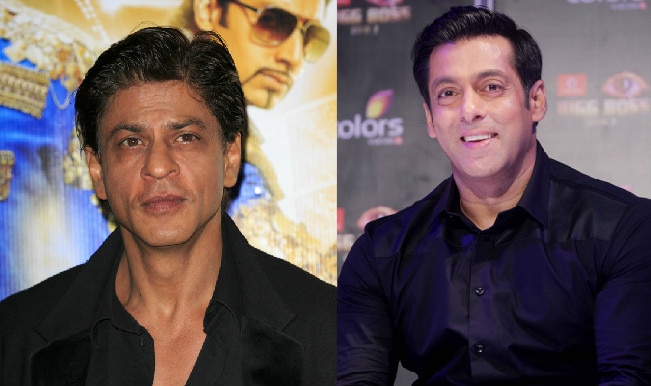 Mumbai, Jun 23: Superstars Salman and Shah Rukh Khan are all set to fight it out at the box-office with their respective films “Sultan” and “Raees” slated to hit the screens on Eid next year. Produced by Aditya Chopra and written-directed by Ali Abbas Zafar, “Sultan” will commence shooting in November and will release on Eid 2016. “So Here is finally @BeingSalmanKhan in as “SULTAN” EID 2016,” Abbas Zafar posted on Twitter. (READ: No one can afford to make film with three Khans, says Salman Khan) Also Read - Samantha Replaces Nayanthara In Shah Rukh Khan-Atlee's Film Due To Aryan Khan Case? Find Out Here

In “Sultan”, Salman is reportedly playing a wrestler. The leading lady of “Sultan” is still a secret. Shah Rukh-starrer “Raees”, which will see him romancing Pakistani beauty Mahira Khan, is an action-thriller, directed by Rahul Dholakia and produced by Farhan Akhtar, Ritesh Sidhwani and Gauri Khan under the banners of Excel Entertainment and Red Chillies Entertainment. Salman and Shah Rukh are back to being friends after their infamous fight in 2008. SRK indicated the thaw in their relationship by launching the first Look of Salman’s this years’s Eid release “Bajrangi Bhaijaan” with Aamir Khan. Also Read - Special 26: Nawab Malik Shares Explosive Letter Against Sameer Wankhede | Deets Inside

It is not the first time that the “Karan Arjun” stars are clashing at the box office. “Don” and “Jaaneman” had released on the Diwali of 2006. Generally, the Khans, whose films are big ticket events, avoid releasing their films on the same date with Salman preferring Eid, Shah Rukh Diwali and Aamir for Christmas.