Samantha Ruth Prabhu and Naga Chaitanya have been giving us couple goals regularly. And the two indulged in some social media PDA and made our hearts do a roll recently. Samantha, who is fresh off the success of Rangasthalam – directed by Sukumar, starring Ram Charan, is gearing up for the release of her period film Mahanati. She plays an important character of Madhuravani (BA Gold Medalist) in the Savitri biopic and pairs opposite Arjun Reddy fame actor Vijay Deverakonda. Also Read - The Family Man 2 Teaser Out: Srikant's Life Goes For a Toss After He Is Asked To Take Tough Decision

Samantha Ruth Prabhu’s film is all set to hit screens in the USA on May 8 and release in India on May 9. No wonder then, the actress is busy with the promotions. Around this time, husband Naga Chaitanya had to be away from work for a few days and Samantha being the incorrigible romantic, was missing him. The two were face-timing, when Sam took a screenshot of their call and posted on social media, with the message ‘Come Back’. Now, isn’t this all real couples in long distance relationship? Currently the husband and wife and away from each other, and you can trust Samantha to make even this situation romantic. Also Read - It's a Girl For Anushka Sharma, Virat Kohli! From Alia Bhatt To Sania Mirza, Celebs Pour In Their Congratulations! 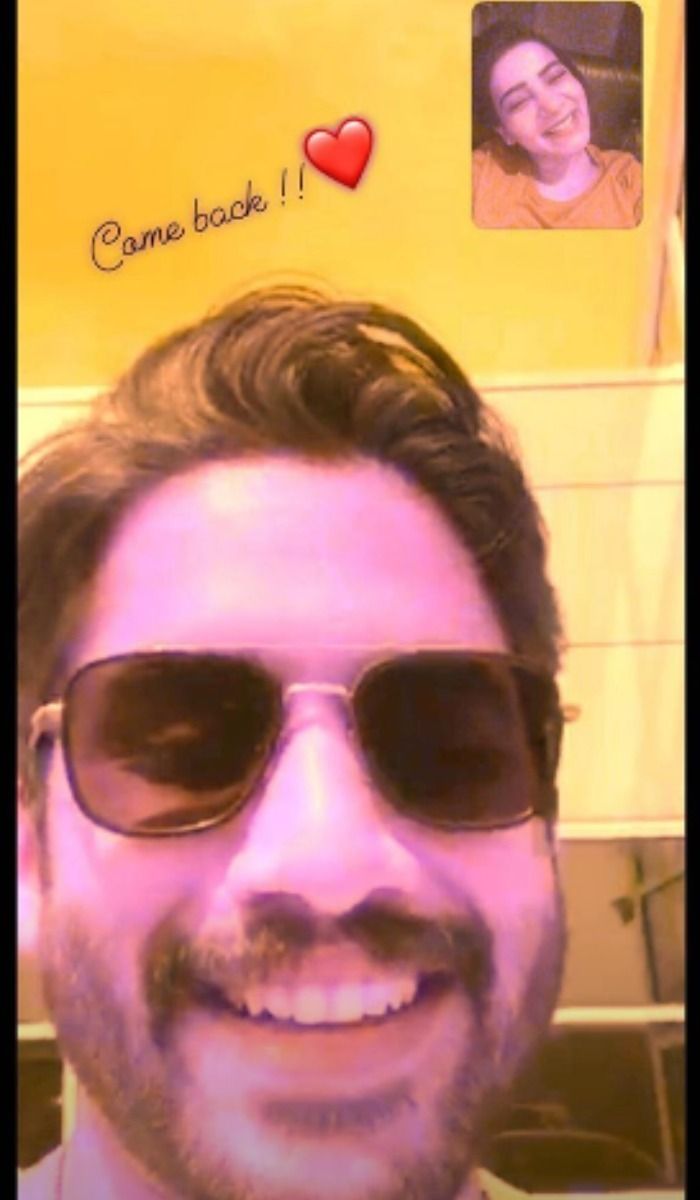 On the work front, Samantha will be seen in Irumbu Thirai with Vishal. She and Naga Chaitanya or ChaySam as they are fondly called by their fans, have shot for a commercial as well and it is yet to go on air. The two are also coming together for a film and fans have been excited ever since. During a recent interview post the success of Rangasthalam, Samantha had also revealed how they have baby talks and have decided the date when they will have their first child. ChaySam’s relationship is all heart and we cannot wait to see them together in a film. It will be treat to watch this real life couple romance each other on the big screen and wow us all with their chemistry. What do you think?