Sameera Reddy is pregnant with her second child.

Actress Sameera Reddy is pregnant with her second child. She was spotted flaunting her baby bump at the ongoing Lakme Fashion Week. Sameera attended designer Anita Dongre‘s show and posed for the shutterbugs on the red carpet. She looked all graceful wearing a white tank top, black pants, and lime-coloured coat. Sameera radiated in her pre-pregnancy look. This is for the first time she has given a public appearance during her second pregnancy. The actress was also seen bonding with actor Isha Koppikar, who arrived wearing a lovely saree at the event. Also Read - Sameera Reddy Recalls The Time When She Was Told About Being 'Too Dark, Too Tall, Too Broad' by The Industry 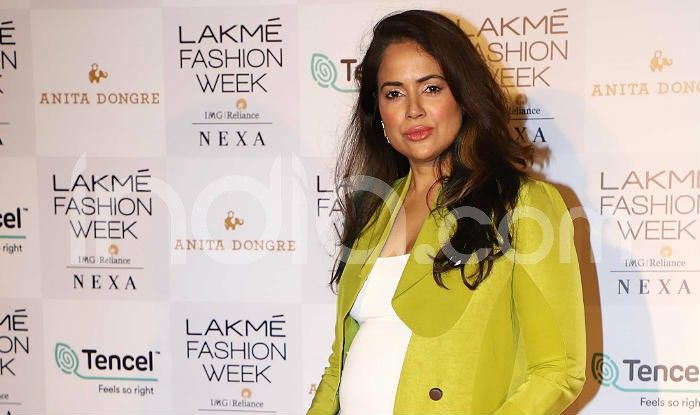 The actor revealed in her media interaction that she had planned the second baby with her husband. The couple wanted to have a child in the year 2019. Sameera also expressed her shock over how the news of her pregnancy crawled out so fast. She said, “Gosh! How did you know? I have not told a soul yet. But now that you have called, yes, let me tell you the truth that I’m carrying for the second time. I’m four months pregnant. This is a planned baby. It is one of the reasons why I have refused quite a bit of work in the recent past. Akshai and I wanted to have the second baby in 2019. My due date is in July.” Also Read - Happy Birthday Sameera Reddy: Check Out 5 Times De Dana Dan Star Raised The Bar For Mommy Goals 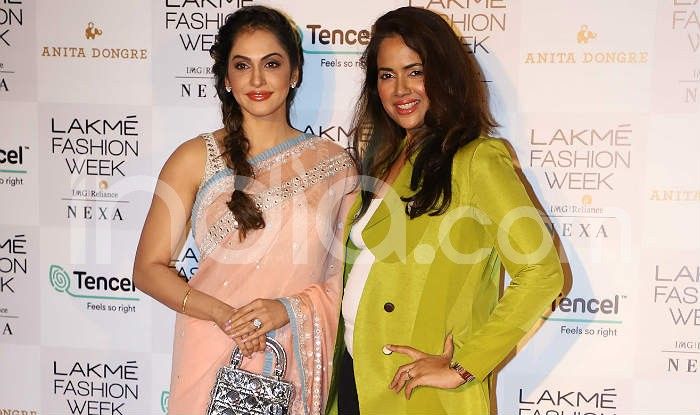 Sameera got married to businessman Akshay Varde in the year 2014. She had her first child the next year, in 2015. It was quite a hush-hush wedding for Sameera as she got married within 10 days as per Maharashtrian wedding rituals. She always maintained that she never wanted to get married to someone from the film industry.