Samrat and Co Movie Review: A typical Bollywood Spiced up movie where Mystery is lost in confusion

This movie is a total miss, unless it’s a very hot day and all you need is the good air condition of the cinema hall for a complete 125 minutes. 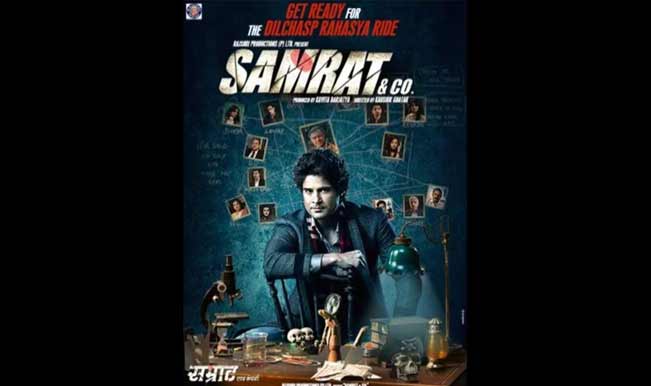 It is once in a blue moon that a good thriller or mystery movie is made in Bollywood, Spoiler Alert! It’s not blue moon! When a renowned production like Rajeshree enters into the Mystery genre, we expect it to be a good project, a story that might have compelled the production to shift from the rom com movies that have been the roots of this large tree. However, watching Samrat and Co simply makes you question the reason behind this movie, that is, in plain and simple words, boring. Also Read - Disha Patani Flaunts Her Washboard Abs As She Works Out From Home| See Pics

With a concept that is clearly copied or rather tried to be copied from the great writing of Sir Arthur Canon Doyle and spiced up unnecessarily with the Bollywood Masala Mix, this movie turns into a complete comedy with a confusing story and poor acting.

Rajeev Khandelwal, in the role of Samrat Tilakdhari, referred to as STD throughout the movie, attempts his best to save the day with his impressive acting skills. However, there is little you can do when the story is a sad mix of Sherlock Holmes and Agatha Christie. The direction of the movie is a total carbon copy of Sherlock Holmes, the movie as well as the British Series Sherlock.

The movie begins to the famous creation of the polymath genius sleuth Sherlock created by Sir Arthur Conan Doyle. And the remaining movie is a puzzle with various ditto scenes from the Hollywood movie, with a bad attempt to portray the famous fight scene of Sherlock and Lockwood. This movie is a total miss, unless it’s a very hot day and all you need is the good air condition of the cinema hall for a complete 125 minutes.

Even then, carry a Disprin just in case!