The lavish wedding of Indian television actors Sanaya Irani and Mohit Sehgal took place in Goa on January 25. The couple's best friends from the TV industry as well as family were present at the exotic location to bless the couple.

The lavish wedding of Indian television actors Sanaya Irani and Mohit Sehgal took place in Goa on January 25. The couple’s best friends from the TV industry as well as family were present at the exotic location to bless the couple. Sanaya is a huge TV star with many shows to her credit. She starred with Mohit in Miley Jab Hum Tum. Sanaya and Mohit had been dating since and their relationship stood the test of time. They are now man and wife! Check out the fresh pictures of Sanaya and Mohit at their wedding ceremony in Goa!Also Read - Bigg Boss 15: This Is Why Divyanka Tripathi, Sanaya Irani Rejected Salman Khan-Hosted Show

Before the wedding, a sangeet and cocktail party also took place at the venue. TV stars present at all the ceremonies include Drashti Dhami, Raqesh Vashisth, Ridhi Dogra, Barun Sobti, and some more. Take a look at the wedding pictures from Sanaya Irani and Mohit Sehgal’s wedding! Also Read - Kuchh Toh Hai: Sharad Malhotra Reveals Naagin 5 To Be Relaced With Supernatural Show's Spin-Off 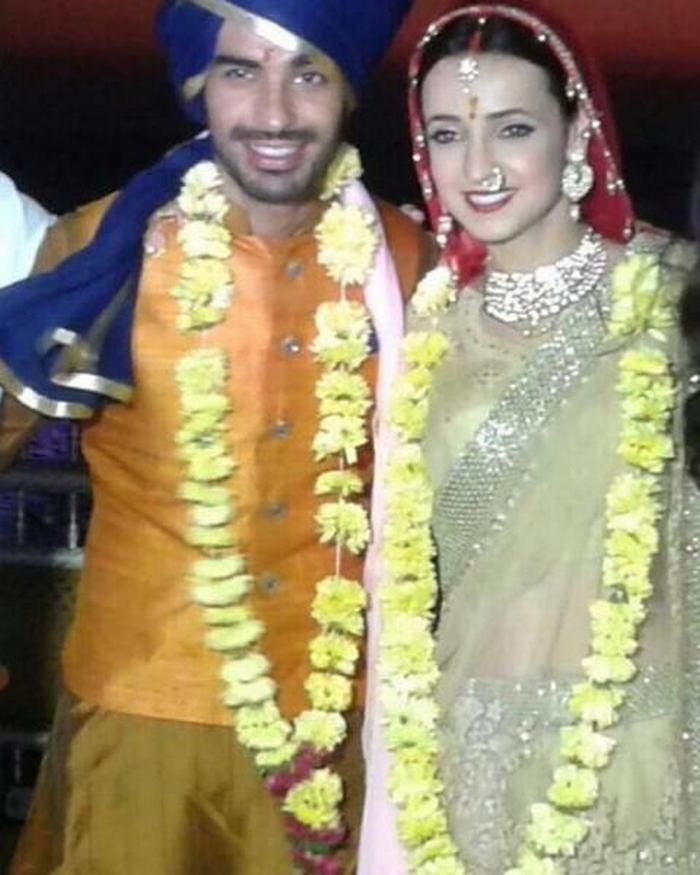 Sanaya Irani is a Parsi and Mohit Sehgal is a Punjabi. Mohit and Sanaya are known as the most loved and fun couple of Tellyland. 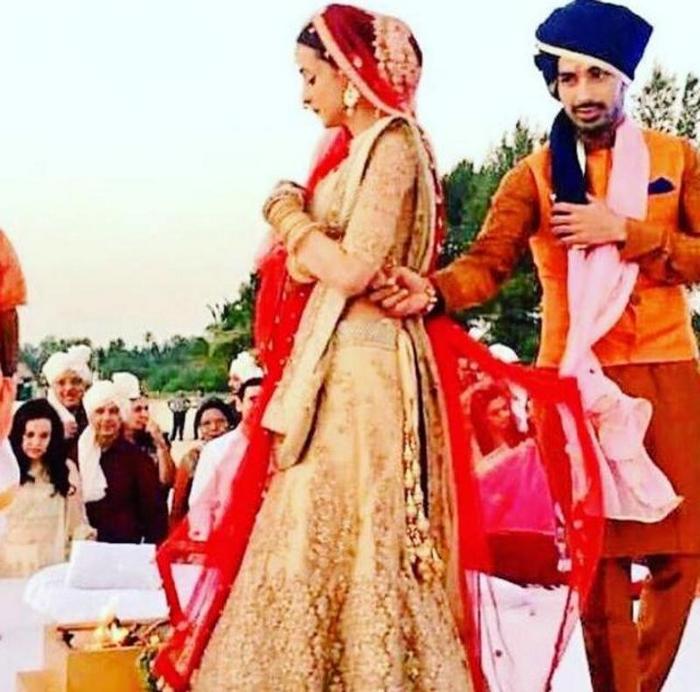 Sanaya looked resplendent in a gold and red lehenga at the wedding, while Mohit wore a pagdi and sherwani. Seeing this picture, we feel the couple looked so peaceful together, as they took the pheras! 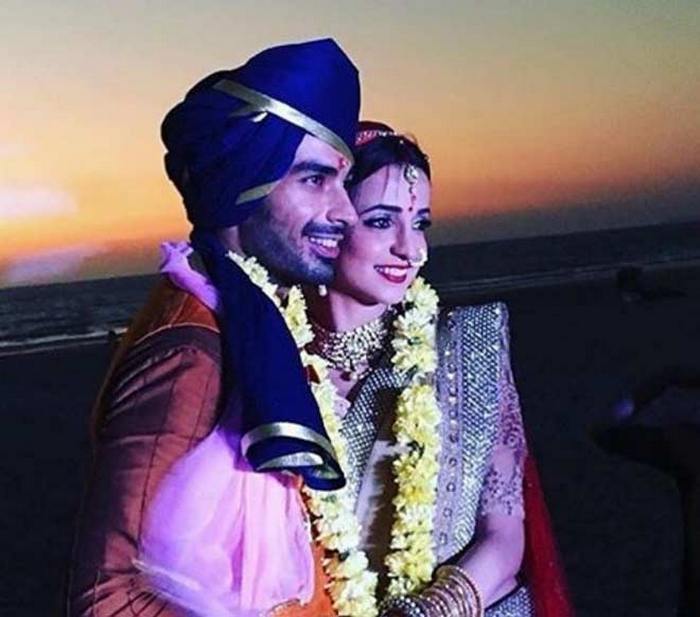 The Sanaya Irani and Mohit Sehgal reportedly took place at the Planet Hollywood franchise in Goa. 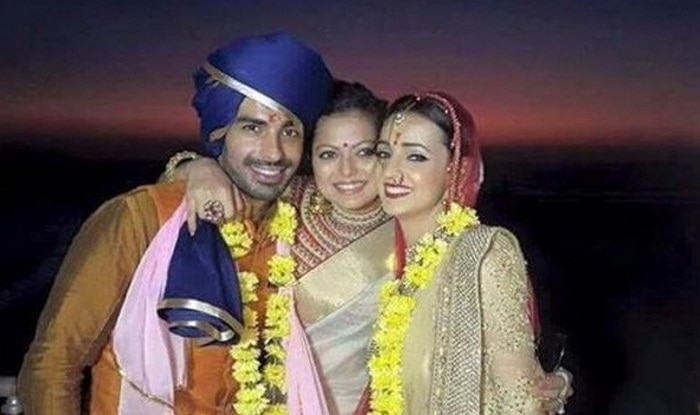 TV actress Drashti Dhami posed with the newlyweds Mohit and Sanaya here. She was present throughout the wedding celebrations, although her husband wasn’t seen in pictures. (ALSO SEE: Drashti Dhami wedding pictures: See the beautiful Madhubala as Neeraj Khemka’s bride!) 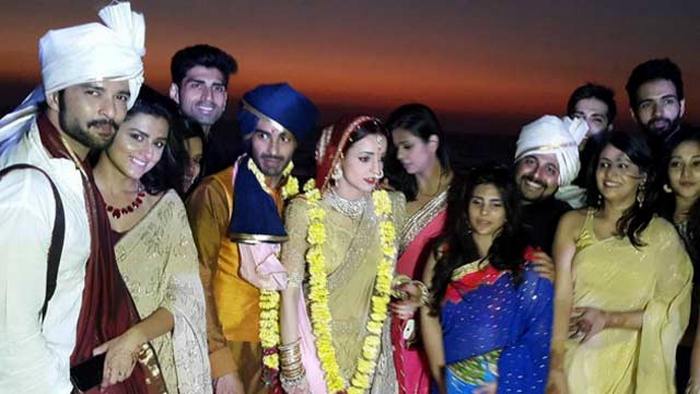 Raqesh Vashisth and wife Ridhi Dogra too, were seen having a great time in Goa along with other guests like Barun Sobti and Arjun Bijlani. 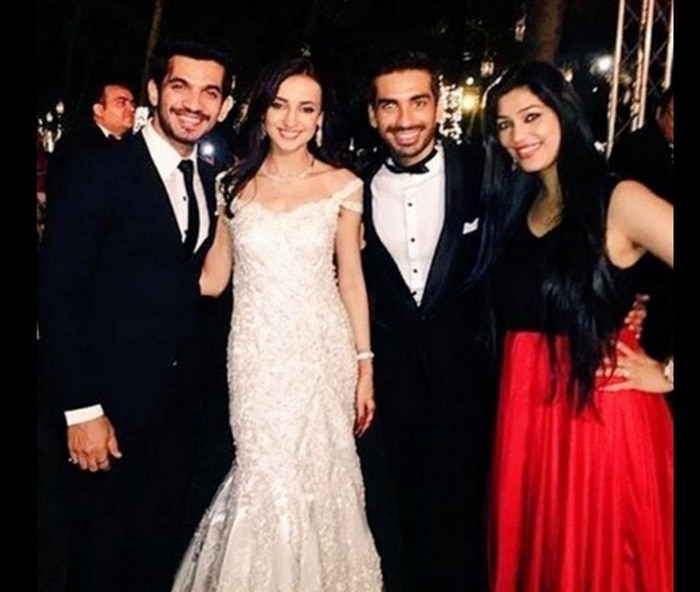 Mohit and Sanaya’s wedding reception took place soon after, some say after a Christian wedding. Sanaya wore an off-white gown for the affair and looked very beautiful in the western attire, Mohit looked dapper in a black tuxedo suit! 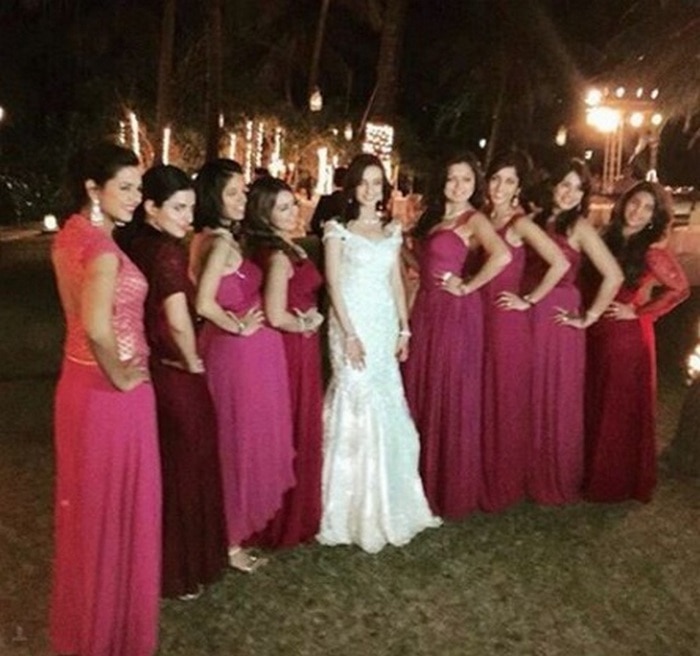 We wish the couple a happy and long married life! 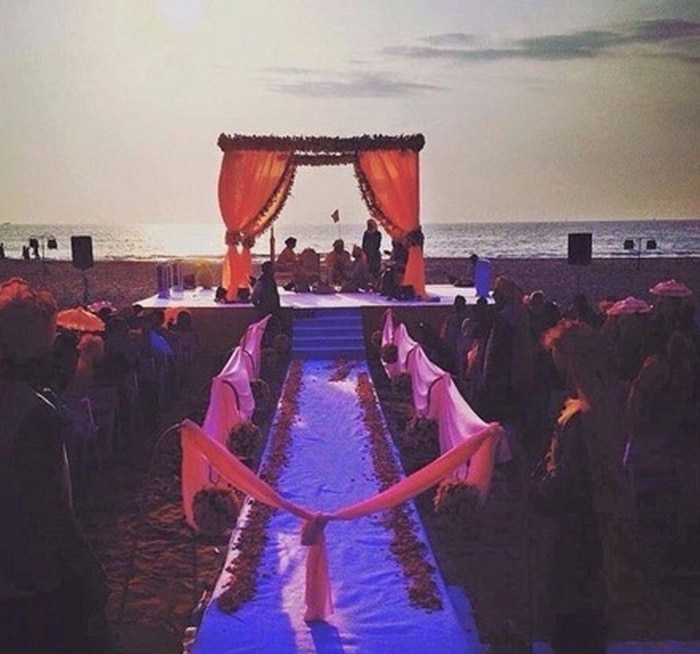