Maanyata Dutt gives an update about Sanjay Dutt, requests everyone to stop speculating the stage of his illness and let the doctors continue to do their work.

Sanjay Dutt Lung Cancer Treatment Latest News: The megastar Sanjay Dutt has been diagnosed with lung cancer and this has come as a huge shocker for all his fans, family members, and friends. Ever since the announcement, everyone is wishing for his speedy recovery. On Tuesday evening, Sanjay was spotted outside his home accompanied by his sister Priya Dutt and wife Maanayata Dutt, who recently returned from Dubai where she was stuck with their children due to the lockdown. They were heading towards the Kokilaben Hospital for the treatment and as Sanjay Dutt was about to sit in the car he told the paparazzi “prarthana karo”/ “pray for me” with folded hands while greeting them.Also Read - KGF 2 Release Date Out: Yash, Sanjay Dutt, Raveena Tandon Starrer To FINALLY Have Theatrical Release On THIS Date

Maanyata Dutt has released an official statement to update information about Sanjay Dutt, who has been diagnosed with lung cancer. In the statement, she said that the initial treatment of the actor would continue at Kokilaben Hospital in Mumbai. The family would consider going abroad for further treatment when the COVID pandemic situation eases. Also Read - Bhuj-The Pride of India Leaked Online, Full HD Available For Free Download Online on Tamilrockers and Other Torrent Sites

The statement read: “To all of Sanju’s fans and well wishers, I can’t begin to thank you for the love and warmth you have shown him all these years. Sanju has been through many ups and downs in his life, but what has kept him going through every tough phase has always been your adulation and support. And for this, we will always be grateful. We are now being tested through yet another challenge, and I know, the same love and warmth will see him through this time as well. As a family, we have decided to face this with positivity and grace. We are going to go about our life as normally as possible, with a smile, because this will be a tough fight and a long journey. And, we need to do this for Sanju, without any negativity sets in. In these trying times, unfortunately, I have been unable to be by his side in the hospital, due to my home quarantine which ends in a couple of days. Every battle has a torchbearer and someone who holds the fort. (Sanjay Dutt’s sister) Priya who has worked extensively over two decades with our family-run Cancer foundation, and who has also seen her mother battle this illness, has been our incredible torchbearer, while I will hold the fort.” Also Read - KGF Chapter 2 Likely To Release First In South Indian Versions Than In Hindi | Deets Inside 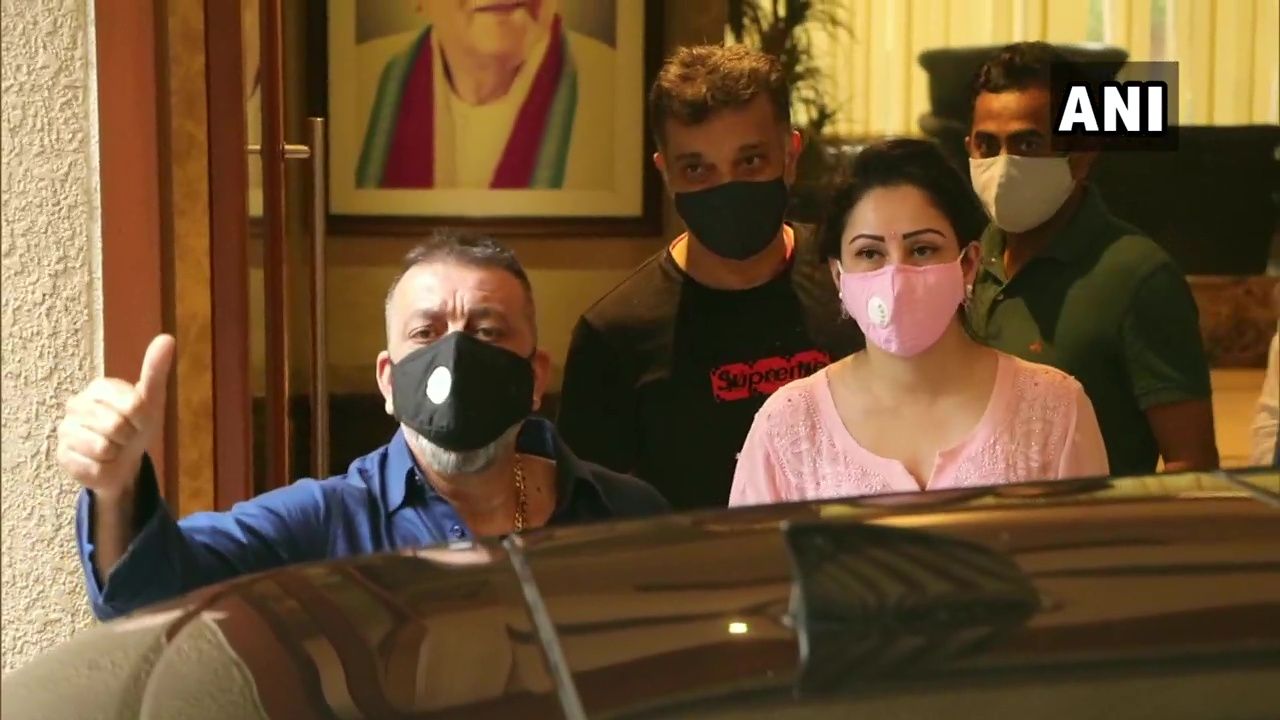 Maanyata further gives an update on Sanjay Dutt’s treatment to all his fans. She said: “For those asking, Sanju will complete his preliminary treatment in Mumbai. We will formulate further plans of travel depending on how and when the COVID situation eases. As of now, Sanju is in the best hands of our esteemed doctors at Kokilaben hospital. I request everyone, with my folded hands, to stop speculating the stage of his illness and let the doctors continue to do their work. We will update you all regularly with his progress. Sanju is not only my husband and father to our children, but he has also been a father figure to Anju and Priya, after losing their parents. He is the heart and soul of our family.”

“While our family is shaken up, we are determined to fight tooth and nail. With God and your prayers on our side, together we will overcome, and emerge as winners,” Maanayata concluded her statement.

Sanjay Dutt was hospitalised on August 11 due to breathing problem and chest discomfort, shared that he was taking a break from work for medical treatment.

Let’s pray for his speedy recovery.