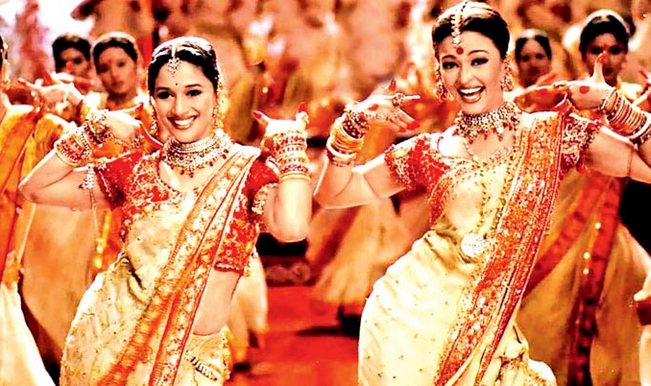 Sanjay Leela Bhansali was born on February 24, 1963. The director has had a good year in 2013, delivering a blockbuster in Goliyon Ki Raasleela – Ram-Leela. Before that, the Film and Television Institute of India graduate’s film career has had hits and misses, including Khamoshi, Hum Dil De Chuke Sanam, Devdas, Black, Saawariya and Guzaarish. He produced several commercial films including My Friend Pinto, Rowdy Rathore and Shirin Farhad Ki Nikal Padi and the TV show Saraswatichandra. Also Read - Sanjay Leela Bhansali Tests Negative For COVID-19, To Resume Work Soon

Through all his productions, the director has had good taste in music and has also composed the score for a couple of his films. He also judged the music reality show X Factor India. We take a look at some lovely songs from SLB’s movies – selecting only a few that are top of the mind. Also Read - Indian Idol 12: Jackie Shroff Recreates Popular Chunni Babu-Dev Babu's Train Scene From Devdas

Salman Khan and Aishwarya Rai prancing about in the moonlight in a ‘first love’ song – this song was composed by Ismail Durbar who won a Filmfare Award for the music of the film. But another music director, Anjan Biswas, is listed in the film’s crew.

C’mon, face it. You loved Ranbir Kapoor in this song and loved the song, too. A chartbuster but unfortunately could not do much for the artistic movie by Bhansali. The music of the film was by Monty Sharma.

Two lovely ladies, Madhuri Dixit-Nene and Aishwarya Rai dancing in the same song! A treat to watch and also a catchy number.

This aankh-michouli song from Hum Dil De Chuke Sanam is again a treat for the Salman Khan-Aishwarya Rai fans.

A chartbuster of the nineties, this Manisha Koirala song must’ve surely helped in a decent opening for Khamoshi, Bhansali’s first Bollywood film with his then fave star Salman Khan. Kavita Krishnamurthy rendered it beautifully with support from Kumar Sanu to music by Jatin-Lalit and lyrics by the late Majrooh Sultanpuri.

This lovely theme song for the paraplegic played by Hrithik Roshan was rendered by KK and Shail Hada and composed by Bhansali with light guitar notes and a soothing melody.

Such a catchy chartbuster from Bhansali was not expected. It was a surprise for most music lovers. Read more about this song here.

The movie flopped but this song was popular, with its meaningful lyrics and a composition right out of the 1980s.

By far, in recent times at least, the best song for tragic love stories. Tadap tadap reverberates in listeners souls like no other song. All credit to KK the singer and Ismail Durbar the composer.

The consummation song of Salman Khan and Manisha Koirala is still on the list of most romantic melodies from Bollywood. Sung by Hariharan and Alka Yagnik, Bahon ke darmiyan was penned by Majrooh Sultanpuri and composed by Jatin-Lalit.

Is your fave Sanjay Leela Bhansali song among these or do you like one which is not listed here?