After Deepika Padukone and Rajkummar Rao, Katrina Kaif was spotted at Sanjay Leela Bhansali's office. Are these the faces of Baiju Bawra now?

After Deepika Padukone, Katrina Kaif was clicked outside filmmaker Sanjay Leela Bhansali‘s office in Mumbai on Friday. The actor was clicked in her car as she smiled for the cameras and waved to the paparazzi. Now, these regular celebrity spottings at Bhansali’s office have created a stir regarding the casting of the director’s upcoming project. Bhansali is remaking Baiju Bawra which he announced as the big Diwali release next year. The casting of the film is currently underway and it won’t be a surprise if the director signs on two of the biggest industry names together in the film – Deepika Padukone and Katrina Kaif. After all, he has done the same in the past by roping in Aishwarya Rai Bachchan and Madhuri Dixit in the remake of Devdas. Also Read - Deepika Padukone Clicked Outside Sanjay Leela Bhansali's Office, Baiju Bawra on Cards?

It was on Wednesday that Deepika was clicked paying a visit to Bhansali at his office. She was followed by Rajkummar Rao who was also spotted at the director’s office on Friday morning. Earlier, Deepika was clicked with Ajay Devgn at a dubbing studio. That also fuelled the rumours of Bhansali reuniting with Ajay after a hiatus of 20 years since Hum Dil De Chuke Sanam. Also Read - Priyanka Chopra-Katrina Kaif Hang Out Together And Their Latest Photo is The Proof of Their Bonding 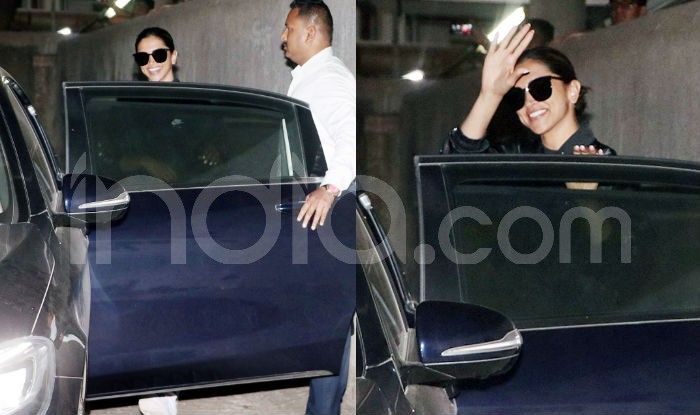 Now, if these appearances are to be connected, then seems like Bhansali and his team are planning a big casting coup with Katrina Kaif, Deepika Padukone, Ajay Devgn, Rajkummar Rao and Ranveer Singh in Baiju Bawra. Nothing official on the same can be said currently. Also Read - Katrina Kaif-Vicky Kaushal Attend Special Screening of Bhoot Part One-The Haunted Ship Amid Dating Rumours

Along with the pre-production duties of Baiju Bawra, Bhansali is also busy with his upcoming film Gangubai Kathiawadi that features Alia Bhatt in the lead. The film has been announced for release on September 11 this year. It’s the story of the popular madam of a brothel in Kamathipura, Mumbai, named Gangubai Kothewali. The film is based on a chapter from Hussain Zaidi’s book titled Mafia Queens of Mumbai.