Sara Ali Khan And Janhvi Kapoor Are Being Manipulated To Play Against Each Other? Exclusive

Strange are the ways in which Bollywood works. Here, not only is image made or broken every Friday, but new relationships are formed and old go kaput at the drop of a hat. A similar tragedy has occurred in the lives of Bollywood debutants Sara Ali Khan and Janhvi Kapoor. If you may recall, the two have been on various occasions spotted together at Bollywood parties and events, hanging out with each other and posing for pretty pictures for the shutterbugs. Also Read - Deepika Padukone Asked To Not Play 'Emotional Card' After She Breaks Down Three Days During NCB Interrogation

The two star kids were pitted against each other back then, when there was just buzz around their impending debuts and even now, when their maiden projects not only have a name but release dates as well. Sara will be debuting with Kedarnath opposite Sushant Singh Rajput. The film is set of December 21, 2018 release. Janhvi on the other hand will be seen with another debutant Ishaan Khatter in Dhadak which is slated for 20 July, 2018. Yes, there will be comparisons and there will be fan clubs and rival camps. And to fan this rivalry, the two girls are being played against each other. Also Read - NCB Issues Official Statement After Deepika Padukone, Sara Ali Khan, Shraddha Kapoor's Interrogation, To Submit Detailed Report in Court 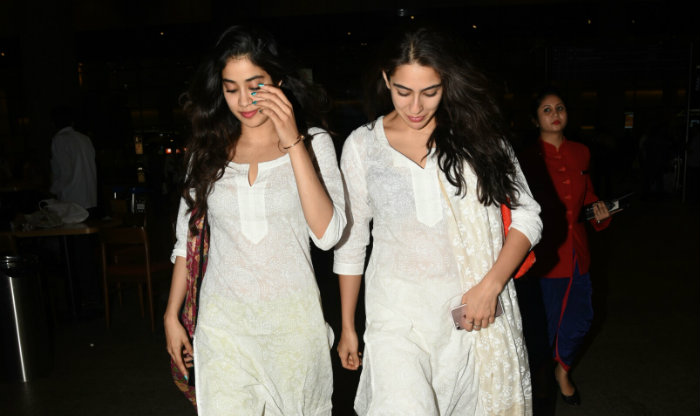 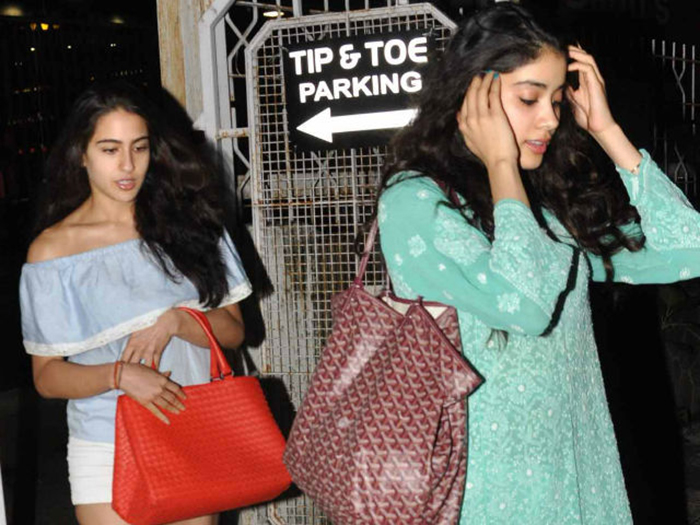 Sara and Janhvi post a salon and spa session 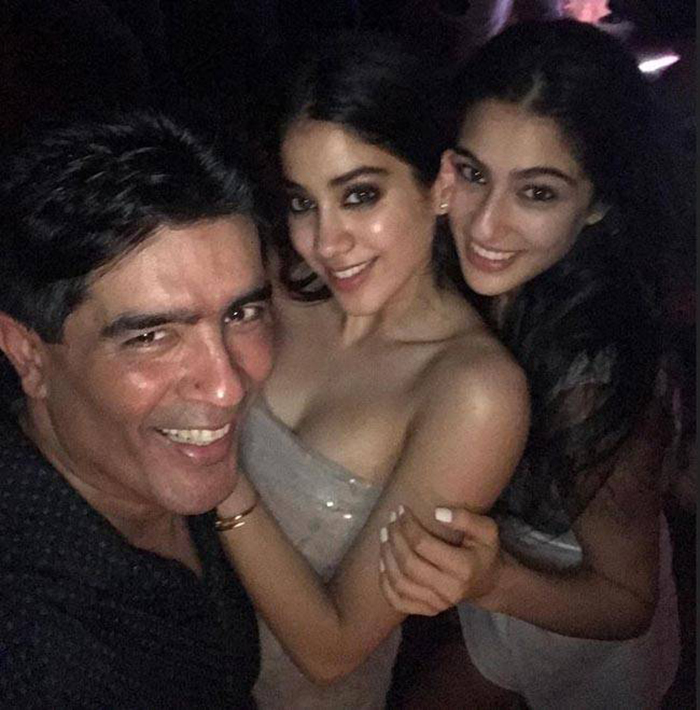 When the two beauties played muse to designer Manish Malhotra

Yes, you read that right. A highly placed source from the film industry privy to these details has revealed that Sara and Janhvi are being advised to not be anything more than just cordial when they meet at events, especially under media glare. “The girls are surrounded by people from the film industry who have aced the Bollywood game. They very well know what works, what doesn’t and how one can constantly stay in headlines. There is this so called ‘mentor(s)’, who is close to both the girls, advising them to stay away from letting the world know about their friendship and pretend that there is professional rivalry between them,” shared the source.

The source further divulged that the advisor “knows that being competitors instead of contemporaries will work better in their favour since fans and media love cat fights and there hasn’t been a major one since some time now.” We also hear that reports about Sara being upset or feeling threatened after Janhvi’s Dhadak look and posters came out were also falsely planted to create a rift between the two debutants, even before their respective films hits screens. Phew! Strange is thy game, Bollywood! We can only hope that though new in the industry, Sara and Janhvi understand who is motivating them and who is plain manipulating them.