Sukhwinder Singh, being one of the best singers in India and probably the world, adds his trademark charm to the song. 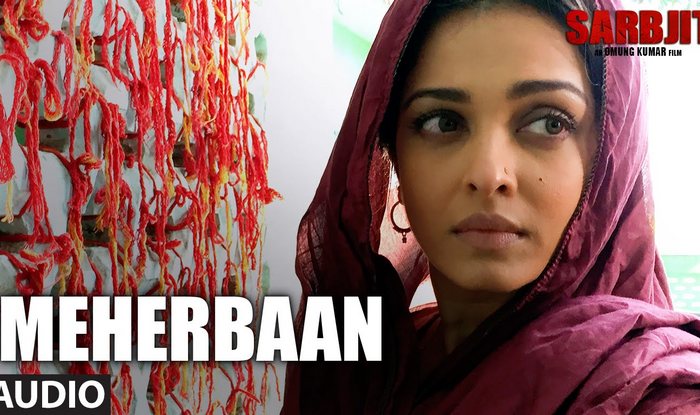 Meherbaan – a new song from Aishwarya Rai Bachchan film Sarbjit has released, and it’s awesome, to say the least! The soulful number, rendered by the mellifluous Sukhwinder Singh, is an ode to the Almighty. It is in the qawwali format and soothes your nerves. The Meherbaan audio was released and people are appreciating it. However, the Meherbaan song’s music video is not out yet. We are sure Aishwarya and Randeep Hooda, who plays the title role, will shine in this number dedicated to god. Also Read - Shah Rukh Khan, Ranbir Kapoor, Fardeen Khan – Get Ready For These 9 Bollywood Comebacks In 2021

Meharbaan is beautifully composed by Shail-Pritesh with lyrics by A M Turaz. Sukhwinder Singh of Jai Ho fame, being one of the best singers in India and probably the world, adds his trademark charm to the song. Accompanying him in the vocals are Shail Hada and Munnawar Masoom. Watch the song Meherbaan here! Also Read - Aishwarya Rai Bachchan Expresses Her Love For Darling Angel Aaradhya in Birthday Post, Check Their Adorable Family Selfies

Sarbjit is the story Sarabjit Singh, an Indian villager who crossed to neighbouring Pakistan by mistake, and had to pay for it by spending time in prison in the country that is at war with India. There was a campaign by Sarabjit’s sister Dalbir Kaur to have him rescued from Pakistan, but to no avail. Ultimately, Sarabjit was beaten up by prisoners in jail and he died. (ALSO WATCH: Sarbjit song Tung Lak: Randeep Hooda and Aishwarya Rai Bachchan’s Punjabi dance number is highly energetic!)