After watching Sarrainodu, fans feel Allu Arjun has delivered a superb performance as the security officer and they feel the movie will be a super duper blockbuster hit. 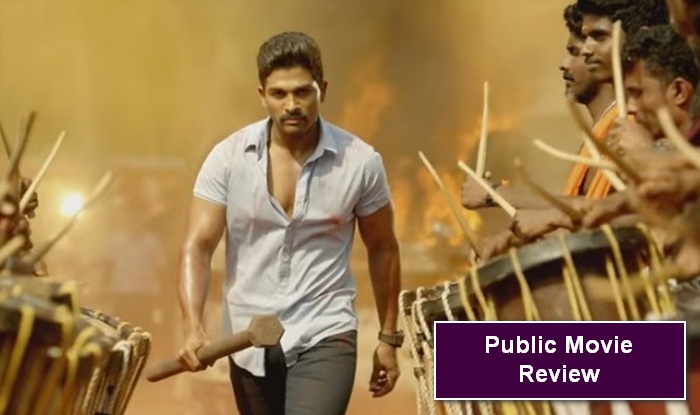 Allu Arjun movie Sarrainodu aka Sarainodu released in theatres on Friday, April 22, and the opening reactions have been stupendous. The movie, directed by Boyapati Srinu, also stars Rakul Preet Singh, Catherine Tresa, Pradeep Rawat (of Ghajini fame) and Jaya Prakash Reddy, among others. The action thriller had already met with a good response with its trailer release. And now, Sarrainodu is all set to break box office records with its release – or so we think. It remains to be seen if the film sustains itself three days from now and recovers its budget of Rs 50 crore. Also Read - Drug Nexus Case: NCB Forgets To Take Shraddha Kapoor, Sara Ali Khan's Signatures on Papers, Visits Actor's Residence

Produced by Allu Aravind under the banner Geetha Arts, Sarrainodu is about an army officer Gana (Allu Arjun) who is responsible for the security of the chief minister. When the CM dies in an accident, he looks after his daughter Divya’s (Catherine Tresa) security. Predictably, like happens in Salman Khan movie Bodyguard, the heroine falls in love with her protector. But in this case, Gana has a love interest in Maha Lakshmi (Rakul Preet Singh). Who will he choose? Also Read - NCB Did Not Give Clean Chit To Deepika Padukone, Shraddha Kapoor, Sara Ali Khan, Rakul Preet Singh, Actors To Be Summoned Again

After watching Sarrainodu, fans feel Allu Arjun has delivered a superb performance as the security officer and they feel the movie will be a super duper blockbuster hit. Watch this live public review of the movie to know more!