Continuing his campaign vote for change, the episode gave a 360 perspective of the police force and what ails the force. 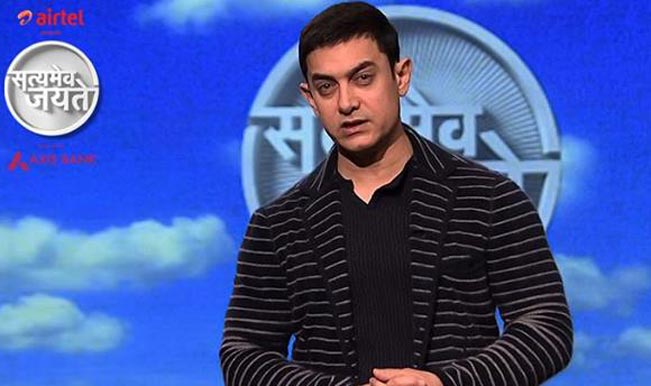 After advocating reforms on tackling rape cases in the country in the first episode of Season 2 of Satyamev Jayate, actor-director and social activist Aamir Khan in the second episode of his popular TV show took up the case of police reforms in the country. Continuing his campaign vote for change, the episode gave a 360 perspective of the police force and what ails the force and how the party in power misuses them. Also Read - From Ranveer Singh's 83 to Akshay Kumar's Sooryavanshi: 10 Bollywood Films to Watch out For in 2020

The focus of the episode was the entry level and first point of contact with the public – the police constable. Khan took up their case and the adverse conditions they work in. He also highlighted the plight of the constables who constitute 92 per cent of the police force and how they have limited promotion opportunities. Also Read - Happy Birthday Aamir Khan: Bollywood Fraternity Pour Wishes For Mr Perfectionist on His Special Day

Prakash Singh’s a retired police official filed a PIL in the Supreme Court and in its verdict in 2006 the apex court passed an order for police reforms to be implemented all over India. However, the response from the state governments has been unsatisfactory with one elected representative saying what is the point of coming to power when we cannot even transfer police officials.

Khan also spoke to serving and retired police officials. A serving IPS office from Uttarakhand was frank enough to share how the police manages its expenses after exhausting their monthly quota of fuel and how they are unable to play their electricity bill. Another senior official shared that the money constables extorts from common man actually goes all the way up. He also spoke on the organised collection drive. A serving senior Karnataka police official highlighted the four entry points in the police force in India and how it affects the system.

Former Kerala DGP Jacob Punnoose shared how he reformed the state police force with the implementation of the Janmaithri scheme in 2008. He also discussed the poor record of states in registering complaints.

The show also saw Khan speaking to a British police official and explain how they have just one entry point – as constable. Even the top police official enters the force as a constable! Will the strong IPS lobby allow this? Will a police constable in future end up as Director General Police of a state? Will our politicians bring about the change in the archaic police system?