The critically acclaimed show hosted by Aamir Khan emphasized on how 'A ball can change the world' and rehabilitate it's people on its premier episode. 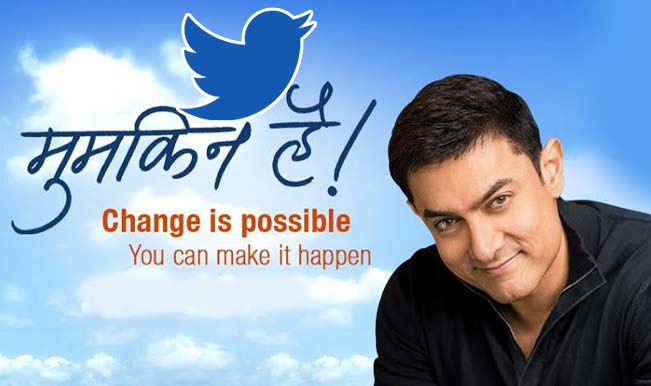 Satyamev Jayate: Truth alone triumphs; a show that takes up social issues like as female foeticide, sexual abuse, rape, domestic violence, politico criminalisation, senior citizens and many more, aired its first episode of the 3rd Season on Sunday. The show began, as usual with huge expectations, and much to viewers delight, they were not disappointed. The first episode of Satyamev Jayate was quite inspiring as it shed light on empowering the defunct sports infrastructure in India. The critically acclaimed show hosted by Aamir Khan emphasized on how ‘A ball can change the world’ and rehabilitate it’s people on its premier episode. Also Read - Aamir Khan Issues Apologies to KGF 2 Producers And Yash, Says 'Will Promote KGF Chapter 2

In its first episode, there were many rags to riches story in the sports field. A story of a man (Akhilesh Paul) who was a seasoned criminal went on to captain the Indian Slum Soccer Competition in Brazil; story of Commonwealth Games Gold medallists- Babita and Geeta Kumari Phogat; story of underprivileged kids; story of a 9-year-old (Shubham) who is a World Champ in Golf in his age group; story of old-aged women who thrive in athletics; and also the story of Indian ace shuttler Saina Nehwal came to the fore.

The season began on a lighter note this time as its motive of making people believe that they can do it, on the sidelines of sports. The social media went abuzz with pledging support to the concerns raised in the program. Twitterati tweeted with hashtags of #MumkinHai, #LetsPlayIndia, and #SatyamevJayate and were the top trends till the program was aired. We bring to you some of the tweets that would sum up the whole Satyameva Jayate Season 3 Episode 1:

Aamir’s @satyamevjayate episode was a déjà vu for me, sports4all will change country’s future #MumkinHai

I watched #SatyamevJayate for d first time. really inspiring hats off to @aamir_khan and d concept of sports was superb n yes #MumkinHai

Sri @amir_khan, we have to work together to make a swach and swasth bharat #LetsPlayIndia #MumkinHai

#LetsPlayIndia should become a rage to eradicate flawed system in India in sport official posts. We posses will, hard work, spirit evrythng.

I as a teacher get alarmed at the extent of drug addiction,laziness,cynicism amongst #Indian youth. #Sports can help. #LetsPlayIndia

#Sports Can Change Life, Lifestyle, Thinking, Not Only Of A Person But Also Of Whole Nation. #MumkinHai #LetsPlayIndia #SatyamevJayate

Arnab Goswami can now rest for few weeks. Aamir Khan will now take it over from him and solve Nations Problems.#SatyamevJayate

I promise not to leave any stone unturned to make sports a way of life. I hope more such shows like #SatyamevJayate will come up in future

As the sports minister, I appeal everyone to come up with their suggestions to develop sports in india #SatyamevJayate

Felt very good watching prog of @aamir_khan on #MumkinHai on sports! He has spread out for sports what @PMOIndia did for #SwachhBharat

While China has approx. 6 lakh stadiums, India has only 6000. Shouldn’t we have more stadiums and spaces to play? Reply with #LetsPlayIndia

#LetsPlayIndia Thanks for focusing on sports other than cricket. I’ve not known those Indian gems until today. That was really motivating.