Majority of accidents caused are a result of negligence; on the part of drivers, ignorance in providing timely help and casual approach of the authorities towards it 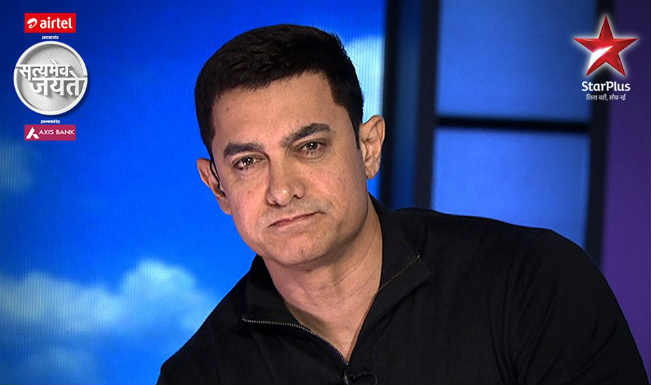 With the third season of the Satyamev Jayate, Aamir Khan the host of the show introduced a one hour live chat. The Mumkin Hai Live chat allows the Indian Janta to directly contact the host via Twitter and share some suggestions and ideas on the topics discussed. In today’s episode, Aamir threw light on road accidents; its causes, impact on victim’s family and what can be done to reduce such accidents. Also Read - KBC 13: John Abraham Cries In front of Amitabh Bachchan Like a Baby, Here’s Why

What surfaced following the discussion was surprising. Majority of accidents caused are a result of negligence; on the part of drivers, ignorance in providing timely help and casual approach of the authorities towards it. The government needs to be stricter when it comes to following road safety rules as a minor mistake can turn out be a big loss for someone. Also Read - Aamir Khan Issues Apologies to KGF 2 Producers And Yash, Says 'Will Promote KGF Chapter 2

The concept of Mumkin Hai Live Chat was interestingly accepted and many gave their thoughts and suggestions on twitter on #RoadsOKPlease. It is great that people are concerned about the issue and want change.

If we all do our bit and follow all the rules thoroughly, there will be a massive decline in figures of death due to road accidents. No rule can work unless we are determined to bring that change within us. Besides, we need to behave like humans and not insane beings by walking out on helpless accident victims to be taken care by police. Your small timely helping hand can be life-saver for some and their family. Think about it!

Here are some of the tweets that have been posted on Twitter. Please add your suggestion and be a medium to bring change. #mumkinhai

Request everyone to send in your suggestions on the new Road Transport & Safety Bill 2014 http://t.co/0SMYRi9L8O #RoadsOKPlease

I pledge that I will never be a bystander in an accident. will always help the injured immediately no matter what #RoadsOKPlease #MumkinHai — Aamir Khan (@aamir_khan) October 12, 2014

#RoadsOKPlease Hatts off Aamir ;I always see u wearing seat belt either you sit front or back seat. Even I am living my 2nd life #Mumkinhai

Schools & colleges should start sessions on road safety and govt should ensure every road to be pothole free #RoadsOKPlease — Venky (@msvenky82) October 12, 2014

#RoadsOKPlease Car manufacturers must adopt Europe zone NCAP code for safety. They are just concern for classy interiors and exteriors.