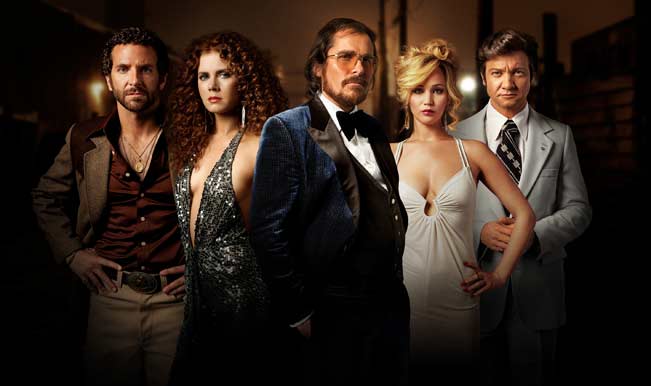 The 20th Annual Screen Actors Guild Awards gave David O Russell’s con-man comedy ‘American Hustle‘ the top prize, making it the front-runner for Oscar gold. The comedic film, loosely based on the Abscam scandal of the late ’70s, received just two nominations at the awards, but it won the big one: outstanding performance by a cast in a motion picture. It star Bradley Cooper, practically yelling his approval, paid tribute to director David O Russell for the film. Also Read - #1: Scam 1992 Smashes IMDb Record, Beats Breaking Bad, Chernobyl, And GoT in Ratings

‘Hustle’ and ’12 Years a Slave’ are among the leading Oscar nominees, and at the SAG Awards the two films faced off for outstanding ensemble — the SAG Awards’ equivalent of Oscar’s best picture. Also Read - Famous Actor's Father Dies While Having Sex, He Says 'Dad Had a Heart Attack When he Climaxed'

’12 Years’, about a freeman forced into slavery in 19th-century America, led all SAG Awards nominees with four nominations.

Matthew McConaughey of ‘Dallas Buyers Club’ took home the Screen Actors Guild Award for outstanding performance by a male actor in a leading role. He plays an AIDS-afflicted man in the film.

Cate Blanchett, who also won a Globe, won the SAG Award for lead female actor for her role in Woody Allen’s ‘Blue Jasmine’.

Lupita Nyong’o and Jared Leto led off the awards by winning prizes for supporting female actor and supporting male actor, respectively. Leto, who stars as a transgender woman in ‘Dallas Buyers Club’, paid tribute to those who have been victims of AIDS, “that terrible disease”. Nyong’o, who plays a slave terrorised by a plantation owner in ’12 Years a Slave’, won over competition that included Oprah Winfrey (Lee Daniels’ ‘The Butler’) and Jennifer Lawrence (‘American Hustle’).