Now, two months after their wedding another picture of Urmila Matondkar & husband Moshin Akhtar Mir is out.

Bollywood star, Urmila Matondkar, shocked everyone when she announced the news of her wedding to Mohsin Akhtar Mir on March 3. The actress got hitched in a quiet ceremony which was witnessed by only one person from Bollywood i.e. Manish Malhotra. Manish was not only her wedding dress designer but also a close friend. It was all because of him that picture of the newly wedded couple became accessible to fans. (ALSO READ: Urmila Matondkar Wedding Reception: Check out the latest pictures of the newly married bollywood actress)Also Read - Ram Gopal Varma Feels Bothered With Kangana Ranaut's 'Soft Porn Star' Remark on Umila Matondkar

Now, two months after their wedding another picture of the couple is out. This new image will certainly change the mood of Urmila’s fans. The former actress is posing with her married Kashmir-based businessman husband. The couple have color-coordinated their outfits for the dinner. Both Moshin and Urmila are dressed in white and are all smiles as they pose for the camera. Also Read - Angry Urmila Matondkar Gives it Back to Kangana Ranaut For Attacking Her on Buying New Office, Watch Video 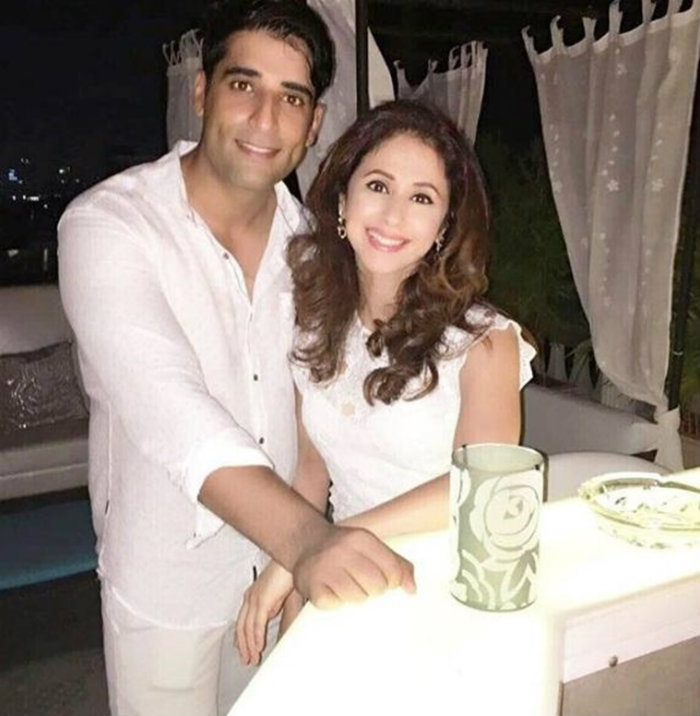 Urmila Matondkar was one of the successful actresses of her times. She has worked in a number of films and the list includes Rangeela, Satya, Pyaar Tune Kya Kiya, Bhoot, Jungle, Daud and Kaun, among others. (ALSO READ: Newly weds Urmila Matondkar & Mohsin Akhtar Mir to have Nikaah ceremony soon!)

The 42-year-old actress made her wedding pubic by releasing a statement to the media. Her statement reads, “We kept it an exclusive wedding with just family and friends at the celebration. Since our families wanted the wedding to be a low-key affair, we mutually decided to keep it private. We seek your blessings on embarking this new journey of our lives.”