Mumbai, Oct 23: The ‘Shaandaar’ review may not be all that Shaandaar and would have disappointed all the Vikas Bahl fans hoping for a ‘Queen’ again kind of experience, there still is a certain section of the audience that loved the film. These fans refuse to accept the movie, that has been panned left, right and what ever little is left after all that, was that bad. Now, before they be sent to Mars for this crime – listen to what they have to say about the film or rather a particular scene featuring the hot Alia Bhatt. (Also Read: Does Alia Bhatt have a HOT bikini body? A loud Yesss or a BIGG No?) Also Read - Alia Bhatt Tests Negative For COVID-19: ‘The Only Time Being Negative Is A Good Thing’

These fans have launched a ‘Shaandaar Bachao Abhiyaan’ or (Save Shaandaar Mission). While a majority of the people who entered the cinema hall hoping for yet another feel good film from Vikas Bahl, they came out pleading people waiting to buy tickets to waste their money on something better. These fans are also planning to offer free tickets to people who can withstand the torture for that Alia Bhatt bikini scene which captures the young actress displaying her assets. (Also Read: Shaandaar movie review: Shahid Kapoor, Alia Bhatt’s dreamy romance & Pankaj Kapur are the only highlights) Also Read - Neelima Azeem Says Shahid Kapoor, Ishaan Khatter Travelled by Buses to Understand Struggle | Exclusive

Is the movie be really that bad? If that is so why is Shivam on the ninth moon after watching the Shaalia starrer Shaandaar? Well, he and scores of young Indians got their monies worth when the young heartthrob Alia Bhatt came on screen in the two-piece pink bikini. That shot when Ms. Bhatt sets the beach on fire was worth more than double the price of ticket. Also Read - RRR Movie New Poster Out: Ram Charan And Jr NTR Make The Celebrations Grander Than Ever! 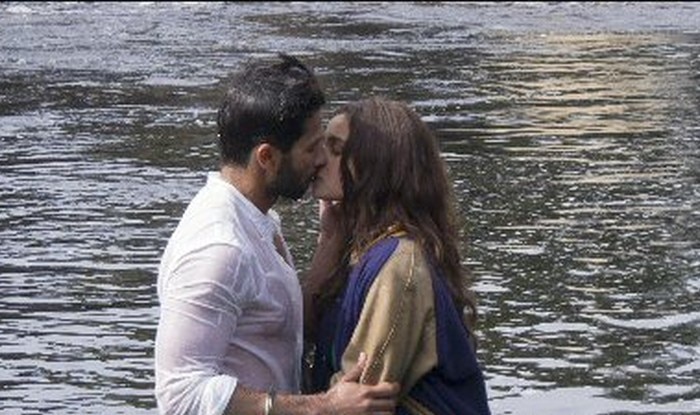 “She is sooo hot! I can jhelo the trash again just for that shot. Hate Story 3 may be hot but nothing compared to Alia”, says Shivam’s friend Avinash Nair. The group of guys had only pure Indian Hindi cuss words for the movie but only good things to say about Alia and her pinky bikini shot. They cannot be blamed. They did not go for either Vikas Bahl or Shahid Kapoor. They only went for Alia and more of Alia and came out as satisfied customer. (Also Read: Revealed! Shahid Kapoor and Alia Bhatt’s Shaandaar kiss in the water!)

As for girls, they also loved Alia in the film more than Shahid Kapoor. Not for the bikini shot though. They liked all the different costumes Alia Bhatt wore in the film. May be you will see some around you very soon. The hot kiss in the water also left a few of them asking for more. The bikini is not happening though anytime soon and that is good news for Vikas Bahl and Alia Bhatt.