The most awaited trailer of Shahid Kapoor and Alia Bhatt’s Shaandar is finally out. The trailer is receiving thundering response from the audience, who is generously showering praises for the actors

The most awaited trailer of Shahid Kapoor and Alia Bhatt’s Shaandar is finally out. The trailer is receiving thundering response from the audience, who is generously showering praises for the actors. The posters of the film already had us overloaded with cuteness and the trailer has just advanced the feeling. Shahid and Alia have bowled the audience over with their excellent performance in #ShaandarTrailer. (ALSO READ: Shaandaar Trailer: Shahid Kapoor and Alia Bhatt’s blingy wedding affair is a visual treat) Also Read - It's a Girl For Anushka Sharma, Virat Kohli! From Alia Bhatt To Sania Mirza, Celebs Pour In Their Congratulations! 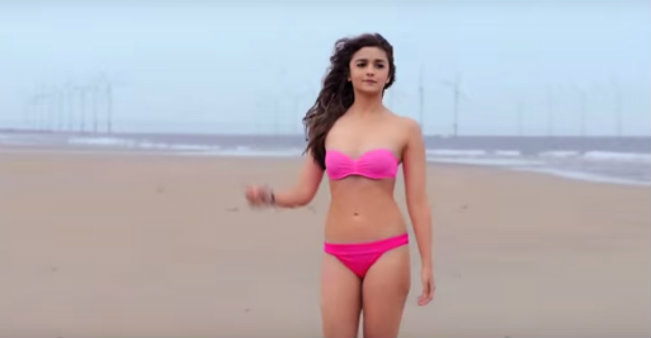 Another aspect that grabbed our attention in the trailer was Alia Bhatt sporting a bikini. Not that we are seeing her in bikini for the first. Alia showed off her curves in a yellow bikini right in her debut film Student Of The Year. Back then Alia had all the baby fat and look anything but cute in the two-piece. The bubbly actress has come a long way since her debut as Shanaya in 2012. Be it her acting or her appearance, Alia has shown a notable transformation in the last three years. (ALSO READ: Shaandaar trailer: Twitterati going gaga over Shahid Kapoor & Alia Bhatt starrer!) Also Read - Alia Bhatt Enjoys Her Jeep Jungle Safari at Ranthambore National Park, Gives Glimpse in Selfie Video 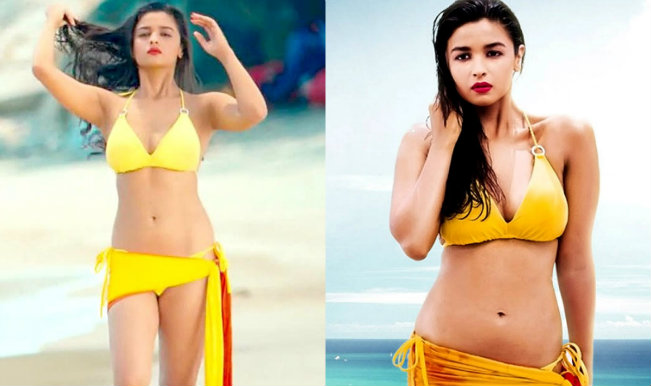 Her performance in 2014’s film Highway garnered her immense critical acclaim. She even won the best actress award for her role in the film. Alia is one of the most demanded actresses from the younger lot. But do you know, Alia didn’t have a perfect physique before making her debut in Bollywood. She works really hard in the gym day in and out to shed off the extra kilos. (ALSO READ: Shaandaar Poster: Alia Bhatt and Shahid Kapoor’s another poster unveiled before the trailer)

Alia looks far more confident, sexy and slim in her recent Bikini look. Moreover, the fuchsia pink two-piece perfectly compliments her petite figure. What do you think guys? Do you agree that Alia’s latest bikini look is sexy? Feel free to share your views in the comment section below.