Shaandaar: What is Alia Bhatt’s character in the movie like?

Alia Bhatt and Shahid Kapoor are all set for a Shaandaar entry on the big screens this Dussera.

Alia Bhatt and Shahid Kapoor are all set for a Shaandaar entry on the big screens this Dussera. Their wonderful onscreen chemistry has been much raved about and both Alia and Shahid will be seen on the movie screens after a gap of a year. The video below reveals how Alia in the movie, loves her father (Pankaj Kapur) and that it is because ofher he finds the existance of his life. If you are overwhelmed by the trailer, you should definitely know that both Shahid and Alia put in a great deal of effort to work on their characters in the movie. Also Read - Mira Rajput Flaunts Her Rs 20K Abstract Print Co-ord in Goa And Husband Shahid Kapoor Goes Flirty Over The Look 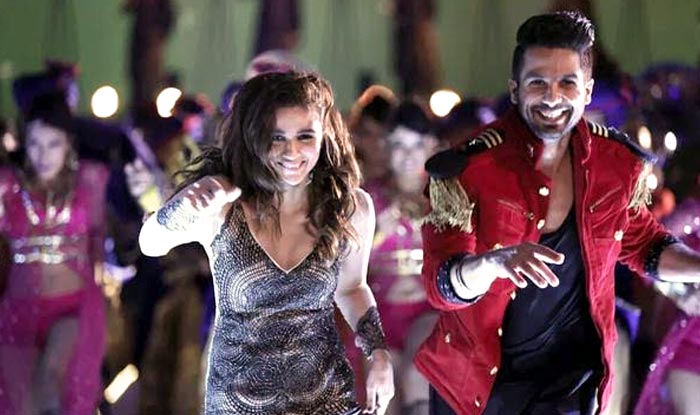 As described by her co-star Shahid Kapoor, Alia Bhatt, who plays Alia in the movie, is a geek in her head. She has a thing for facts. She knows the weirdest facts about the weirdest things. The video perfectly describes her as “The Walking Talking Nerd Geo.” Alia also plays an insomniac like Jagjinder Joginder (Shahid) in the movie. She is zany, dreamy, hot, superb, sincere, hardworking, overexcited, quirky! That’s Shaandaar Alia for you! ALSO READ: Shaandaar behind-the-scenes: Meet Shahid Kapoor as Jagjinder Joginder- the coolest wedding planner ever! Also Read - Jersey Release Date Out: Shahid Kapoor's Sports Drama To Have Theatrical Release This Diwali

Directed by Vikas Bahl, Shahid Kapoor and Alia Bhatt starrer Shaandaar is a tale of two insomniacs who eventually fall in love with each other. Shaandaar is India’s first wedding destination movie and is touted to release on October 22.