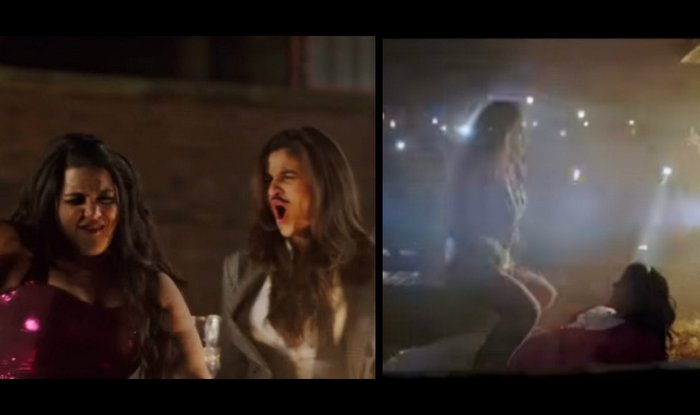 The trailer itself showed that Shaandaar is going to be a crazy romcom of a movie. And now the first song from Shaandaar – Gulaabo – shows just how crazy the makers can get! It’s a raw item song with great beats, but what’s shocking is that we not only see Shahid Kapoor flirting with Gulaabo, but also the heroine Alia Bhatt! Also Read - Mira Rajput Gives a Tight Kiss to Shahid Kapoor in New Photo - See The Viral Picture

For whatever point in the plot, Alia has to wear a moustache and appear as a male, it seems. And she joins Shahid in getting naughty with this girl Gulaabo. This is one situation in Shaandaar we cannot understand yet – maybe it’s just a stage performance. But we truly loved how Alia and Shahid are enjoying themselves in this number. Also Read - Deepika Padukone’s Rs 12,500 Oversized Shirt Deserves a Place in Your Closet| See Viral Photos

‘Come, join the madness’ – as the song Gulaabo says. It’s a mad, mad song, all right! And now we are really looking forward to Shaandar that releases on October 22, 2015.