SRK was speaking at the school’s 12th graduation ceremony and his speech, mixed with humour and inspiration, has gone viral. 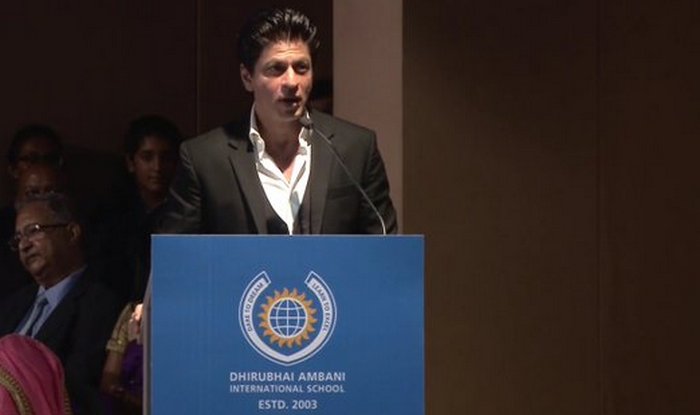 Shah Rukh Khan shared a very special video of his inspirational talk at the Dhirubhai Ambani International School, an institution that is also the alma mater of his son Aryan Khan and daughter Suhana Khan. SRK was speaking at the school’s 12th graduation ceremony and his speech, mixed with humour and inspiration, has gone viral. SRK has earlier spoken at Yale University and many others, on invitation. He has always been inspiring in his talk to youngsters. Also Read - Suhana Khan's Stunning Vacation Look in Black Tank Top And Denim Shorts is Unmissable, See Pics

At the Dhirubhai Ambani School, Shah Rukh told the kids gathered in the auditorium to just “be yourself” and do everything in a free manner. He also spoke about the importance of being able to “live with grace…for everyone we encounter, whether they are loving or offensive. We are NEVER better than the other person.” Also Read - KKR VS RC IPL 2020: Shah Rukh Khan Along With Aryan Khan Spotted at Dubai Stands And Twitterati Can't Keep Calm

SRK also recited a poem written by him especially for the children, and also told them to be grateful to their parents and teachers. He thanked the school’s owner and chairperson Nita Ambani for guiding his own kids Aryan and Suhana.

Take what u can from this & ignore whatever. This is from the heart. https://t.co/0ZU5FarXzm

Shah Rukh had earlier spoken about Suhana wanting to be an actress, but not a film actress. She acts on stage. (READ ABOUT IT HERE: Shah Rukh Khan reveals daughter Suhana’s acting dreams!) He had also said that Aryan, who recently graduation from London, will first finish his postgraduation in a school in the US. Only then can he act in a Karan Johar film, and that too, only if he wants to pursue acting.

Watch Shah Rukh Khan’s speech at Dhirubhai Ambani International School’s 12th graduation ceremony. There are many things to learn from him here!