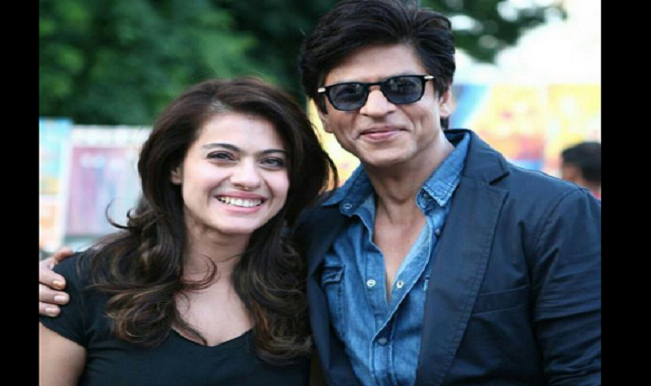 “Count ur age by friends, not years. Count ur life by smiles, not tears.”Lennon. By that maxim this team is ageless. pic.twitter.com/nJ8GVvsjnf

The 49-year-old star took to Twitter to share a picture of himself, Kajol and Rohit and called their team “ageless.” “‘Count your age by friends, not years. Count your life by smiles, not tears’- Lennon. By that maxim this team is ageless,” the star captioned the photo, quoting John Lennon. Shah Rukh, who recently wrapped the first schedule of “Raees”, had earlier tweeted that he waited a year for the shooting to begin. Also Read - Why Does Shah Rukh Khan Scold Juhi Chawla During KKR Team Meetings?

“Dilwale time. Can’t wait to see the smiling faces of Rohits team. Waited a year for the fun to begin all over again… Bulgaria Express,” Shah Rukh tweeted. “Dilwale” will be Shah Rukh’s second outing with Rohit after 2013 hit “Chennai Express”. The film, which also stars Varun Dhawan and Kriti Sanon, is scheduled to release this Christmas.