Shah Rukh Khan: We have to stand for Deepika Padukone 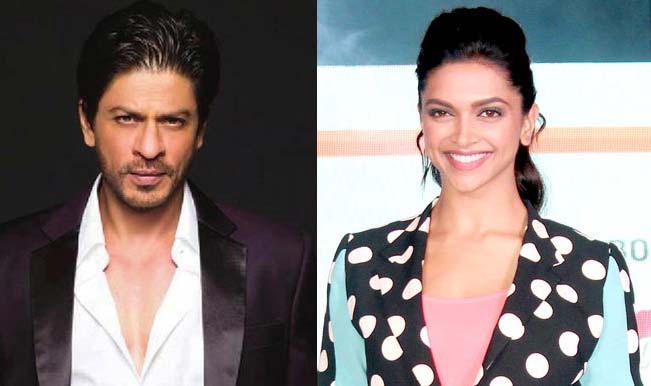 Mumbai, Sep 15: Lauding Deepika Padukone‘s gutsy response to a leading newspaper for putting up her tasteless picture, Bollywood superstar Shah Rukh Khan said he fully supports his ‘Happy New Year’ co-star. The 48-year-old actor said not everyone has the courage to take a stand publicly. Speaking at the music launch of the Farah Khan-directed film, SRK said, “Let’s not make that a conversational topic as many girls are present here in the event. Whatever Deepika tweeted I do support and all the cast of ‘HNY’ will support that. We don’t have the guts to do what she has done but we support her. Also Read - Chinmayi Sripada Prays For Shah Rukh Khan, Shares How Superstar Touched Her Mother’s Feet to Take Blessings

“We all feel for her. We should not trivialise the issue,” said the actor, adding these things will keep happening as they get photographed so much. Deepika, 28, who was also at the event, said, “I have said whatever I wanted to say. I am sure it will be taken care off from now on.”
Deepika’s outburst came yesterday after she spotted her inappropriate image on the newspaper’s social networking handle. Also Read - Aryan Khan Drugs Case: NCB Extends Judiciary Custody of Shah Rukh Khan's Son Till Oct 30

Her tweet, “Yes! I am a Woman. I have breasts and a cleavage! You got a problem!!??” started trending online soon prompting reactions from several Bollywood celebrities like Karan Johar, Arjun Kapoor, Nimrat Kaur and Anushka Sharma. Actress Sonam Kapoor too called the incident “unfortunate”. “We are constantly being objectified, be it kissing scenes or wearing bikinis. Everything becomes a point of publicity and news. I am sorry that it happened to her. It’s obviously not right. I feel bad for her but I feel for the rest of us also,” Sonam told reporters in Delhi, during the promotions of ‘Khoobsurat’.

“Deepika is extremely diplomatic so it must have been something stupid that she reacted like that,” she added. Actress-politician Kirron Kher, who plays Sonam’s on-screen mother in the film, said she can’t comment without knowing the entire issue but did call Deepika a “sensible girl”.