Bollywood has always been fond of action and drama. When it comes to these two things, what would be better than a life on an underworld personality? Amitabh Bachchan made ‘Don’ everyone’s favorite. The glorified version of this underworld personality made us believe that they are something extravagant. Arjun Rampal starrer Daddy has hit the screens. Mumbai’s gangster turned politician Arun Gawli and his life is what Daddy film portrays. Also, just some days later, Shraddha Kapoor‘s Haseena Parkar is going to release.Also Read - Mahira Khan Breaks Silence on India Banning Pakistani Artistes Post Pulwama Attack: We Have Moved on

Naturally, responding the demand of the audience and the intriguing kind of genre, the makers now feel it challenging to make a movie on the life of these once- feared mafia personalities. Let us take a look at 5 such films where knowingly or unknowingly we got a ride through the life and times of popular underworld personalities Also Read - Sushant Singh Rajput's Farmhouse Manager Raees Reveals Rhea Chakraborty, Sara Ali Khan Partied With Late Actor in Lonavla 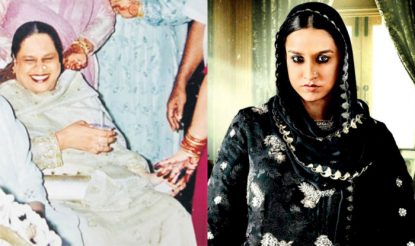 Haseena: The queen of Mumbai is reportedly based on the life of underworld don and terrorist Dawood Ibrahim’s sister Haseena Parkar. Haseena got first introduced to the crime world when her husband Ismail was shot dead by the people from underworld’s another big name Arun Gawli’s gang. The Shraddha Kapoor starrer film is helmed by Apoorva Lakhia and produced by Nahid Khan. 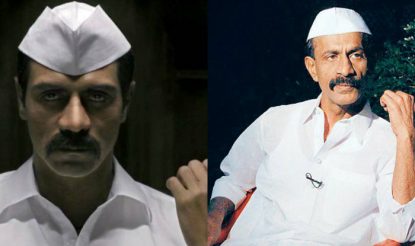 Daddy aka Arun Gawli is one of the most popular names in the underworld in Mumbai. Arun Gawli is a former mafia and politician of 70s who ruled from the infamous Dagdi chawl. He ruled over the areas of Byculla, Parel and Saat Rasta. He also started Akhil Bharatiya Sena in Maharashtra. The film is directed and co-written by Ashim Ahluwalia and produced by Arjun Rampal. Arjun himself will be playing the role of the gangster turned politician Arun Gawli aka Daddy. 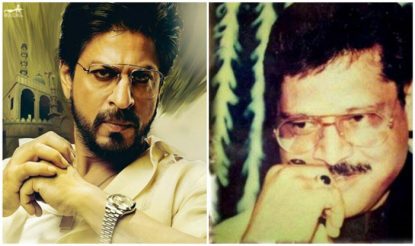 Although the makers deny it, the film is said to loosely based on the life of bootlegger of Gujarat, Abdul Latif. He was an associate of don Dawood Ibrahim and carried a huge illicit business of liquor in Gujarat. He was also a ‘wanted’ figure due to his 100 cases of killing, kidnapping, extorting and rioting. The film was released early this year which starred Shah Rukh Khan in the lead. Directed by Rahul Dholakia, the film was produced by Ritesh Sidhwani and Farhan Akhtar.

Shoot Out at Wadala: 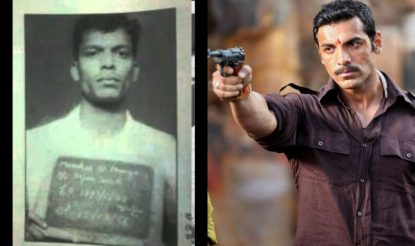 This film is said to be based on the book of ‘Dongri to Dubai’ written by Hussain Zaidi. The movie revolved around the encounter of gangster Manya Surve by Mumbai Police. He was shot dead in the encounter in Wadala, just near Dr. Ambedkar college. The makers portrayed this encounter in this film in which John Abraham played Manya Surve. The film is written, directed and bankrolled by Sanjay Gupta.

Once upon a time in Mumbai: 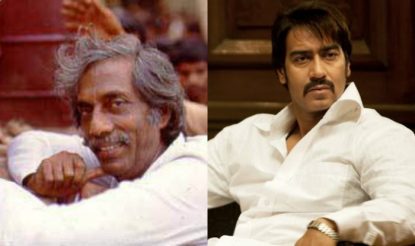 The film is loosely based on the era when Haji Mastan was in full force in the in 1960s and 1970s. Known as the first ‘celebrity’ gangster, he was a popular face amongst businessmen and Bollywood actors. He instantly became a style icon after because of his iconic white outfit and white shoes. Don Dawood Ibrahim was also his associate during those days. The story around Haji Mastan (Ajay Devgn) and Dawood (Emraan Hashmi) have audience a retro feel. Directed by Milan Luthria, the Crime thriller film was produced by Ekta Kapoor.

Some of these films will never be forgotten by the audience, which gave them entertainment as well as glimpse in the lives of these mafia personalities at the same time. With Haseena and Daddy in the row now, let us see what makers extract out of the underworld.