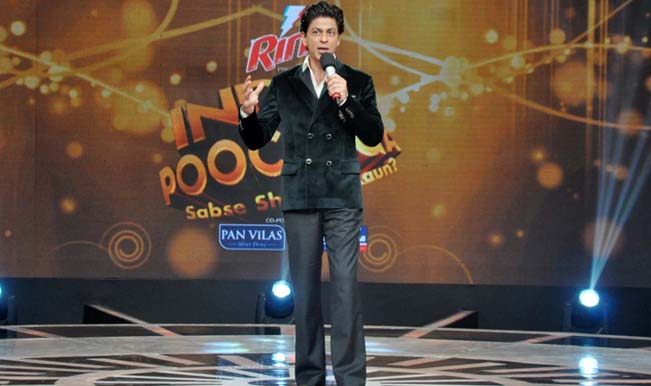 Shah Rukh Khan greets the audience with a dance on a mashup of songs from his movies choreographed by Shiamak Davar. The set is huge and even though it looks confusing we wait eagerly to get accustomed to the rules without thinking as the simplest and most logical questions can leave you scratching your head for the answers. Also Read - RIP Diego Maradona: Shah Rukh Khan, Ranveer Singh, Kareena Kapoor Khan, Others Pay Tribute to Greatest Player of All Time

Indiawaale train keeps moving and the team players have to use their ‘bhopu’ which is a buzzer to stop the train and select four people. Bohni round is the first round of the show. The two team players have to select one of the four people from the Indiawaale train who ask a question and there are two options from them to choose. Also Read - Deepika Padukone Reunites With Shah Rukh Khan For Pathan, To Start Shooting Today

The first question is for Rs 5,000, the second question is for Rs 10,000. The teams get 30 seconds for answering a question in the first round. The second round is called Shaanapan where you get three options and the other team selects the person whose question will be selected.

Shah Rukh Khan interacts with the audience as well as two lucky fans get to kiss him. The first two teams seem to be well versed with rules of the game which can get a bit confusing but Shah Rukh Khan seems be doing well to try and set camp with a new channel and a brand new show. The show ends with a Bawaal Sawaal which is the one thing that goes up and goes down but doesn’t move. SRK will be back to revisit the question in he next episode.