The Kapoors were in Amritsar celebrating Shahid's 37th birthday

Shahid Kapoor, Mira Rajput and Misha Kapoor were in Amritsar to ring in the actor’s birthday. Shahid tuned 37 yesterday ie February 25. While Mira and Misha had headed to Amritsar a few weeks ago, Shahid joined them after wrapping up his first shoot schedule of his upcoming film, Batti Gul Meter Chalu, that also stars Shraddha Kapoor in the lead. Shahid had been shooting for the film in Uttarakhand before joining his family in Amritsar to celebrate his birthday. This year, celebrations were low key and was only a family affair. In fact, the family organised a satsang, for the birthday boy in Beas, the river-town near Amritsar, which had Shahid, Mira, Misha and their respective parents —Pankaj Kapoor, Vikramaditya and Bela Rajput in attendance. Also Read - Netizens After Another Earthquake Jolts Delhi-Gurugram: 'Apun Toh Aadha Kabar Mein Hai'

Well today, the adorable trio along with Pankaj Kapoor were spotted at the Mumbai airport post their trip. While Shahid was seen holding Misha in his arms, Mira walked beside him. The stylish actor was seen in a black T-shirt and ripped jeans, which he teamed up with a pair of black sneakers and sunglasses. Misha looked like a foll in a grey sweater with pink pants and grey shoes. Mira, on the other hand, was seen in a horizontally striped black and white T-shirt and grey pants with a black sweatshirt tied around her waist. Take a look at the pics below : Also Read - Twitter Says it Will Add an Edit Button For Tweets Under One Condition, Know What It Is 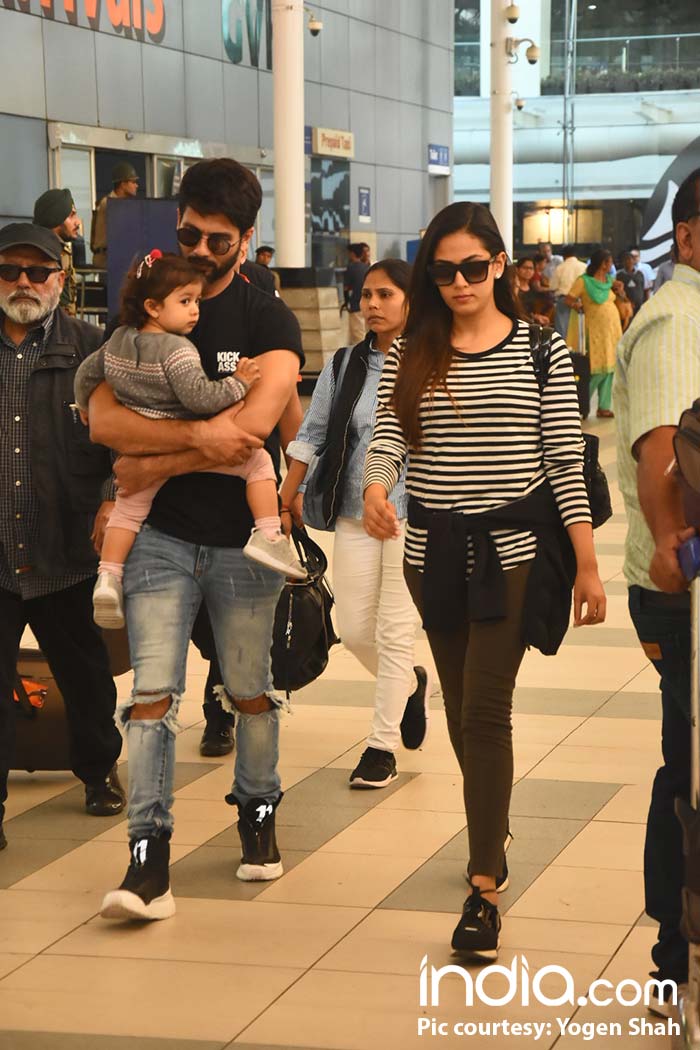 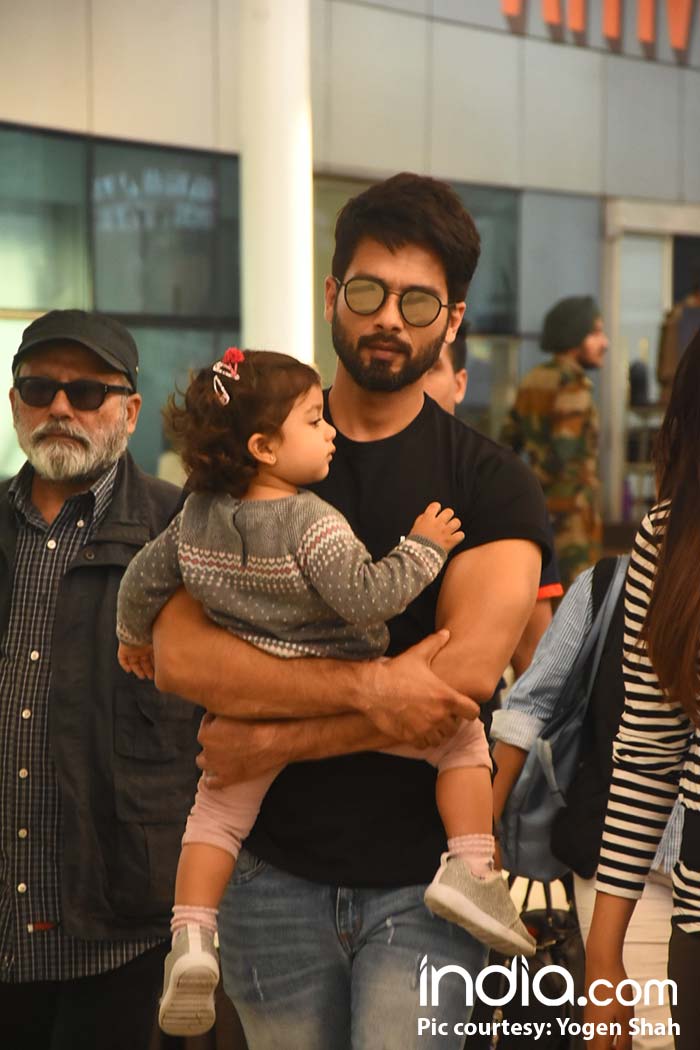 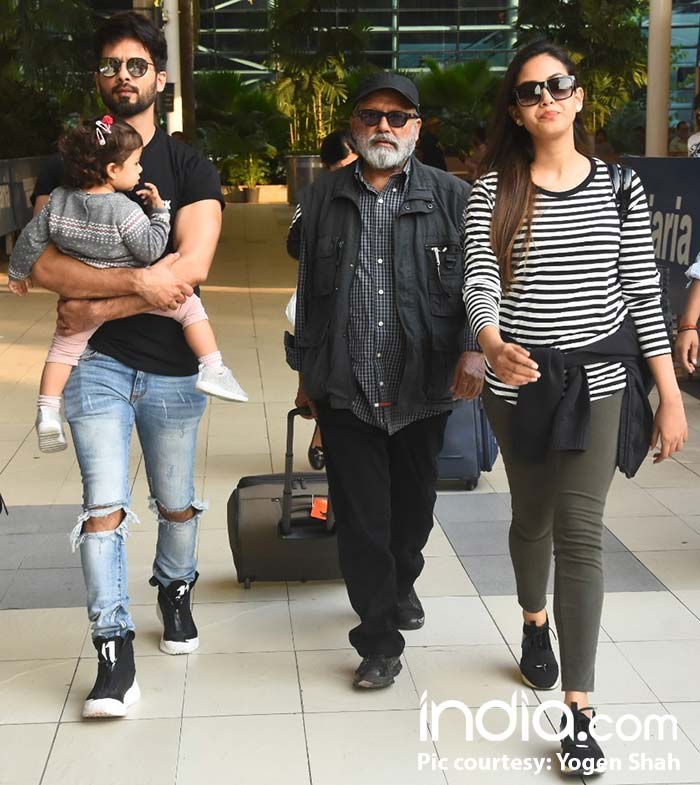 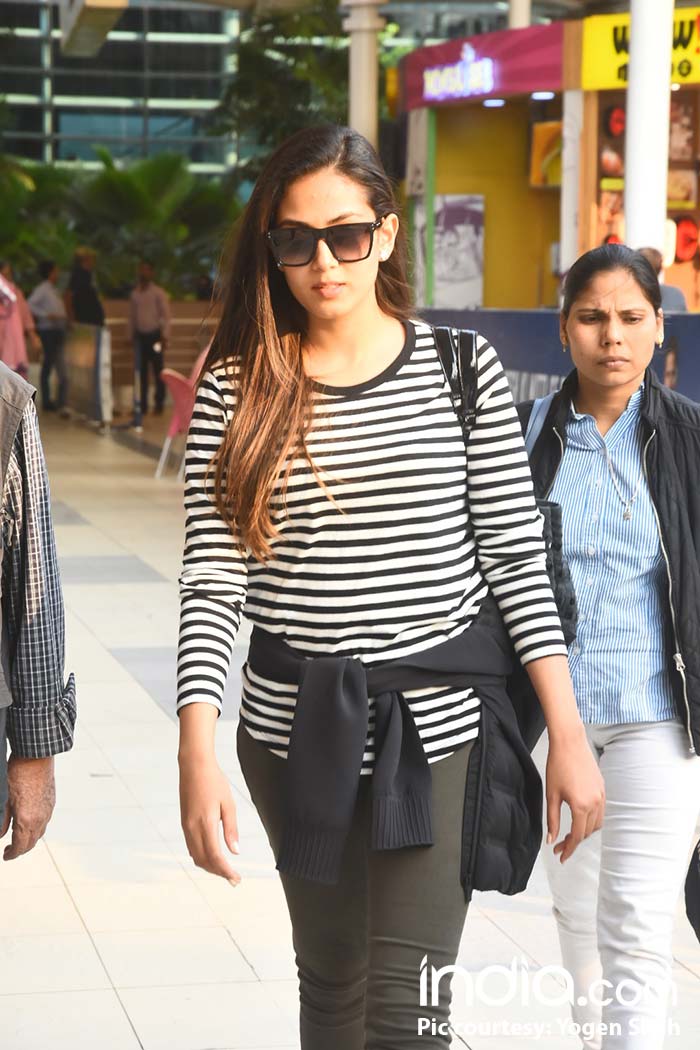 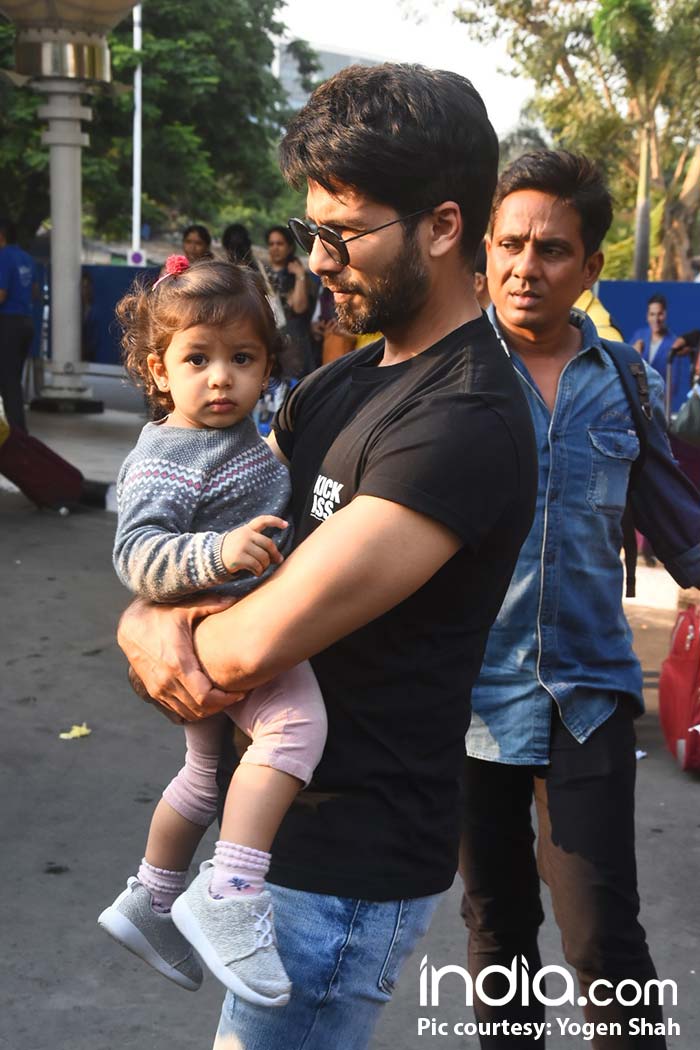 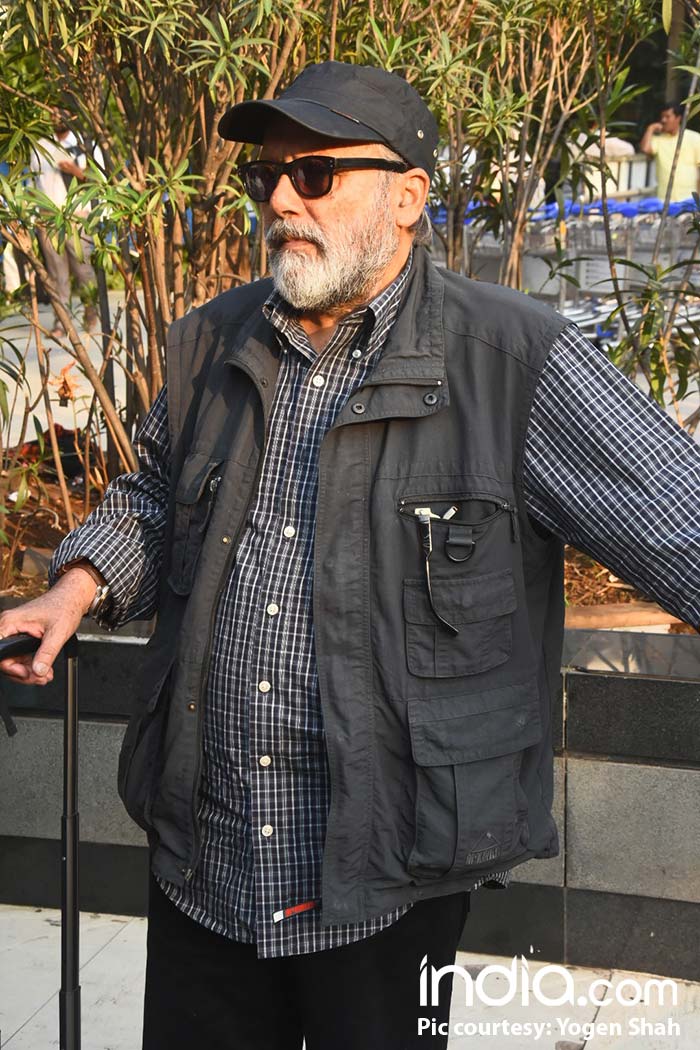 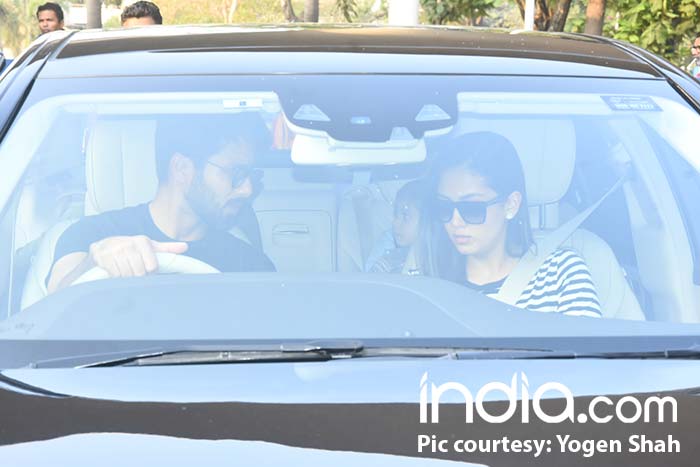 Yesterday, the entire nation was in a state of shock after news of Sridevi’s sudden death went viral. Shahid whose birthday coincided with the unfortunate event, took to Twitter to write, “Want to sincerely thank you all for your wishes. But today is the day to remember Srideviji. To remember her for her brilliance and the magic she brought into our lives. All our love and wishes must be for her today. May she rest in peace.”