Shahid Kapoor, Mira Rajput’s Daughter Misha Kapoor Gets Goofy With BFF as They Twin in Yellow

Shahid Kapoor and Mira Rajput's daughter Misha Kapoor looks adorable as she twins with her bestie in yellow outfit.

Shahid Kapoor‘s wife Mira Rajput keeps treating fans with adorable pictures of her daughter Misha Kapoor and son Zain Kapoor. The celeb wife recently shared another photo of Misha where she can be seen goofing around with her best friend. Also Read - Mira Rajput Gives a Tight Kiss to Shahid Kapoor in New Photo - See The Viral Picture

In the photo, Misha and her bestie give a rebellious look to the camera with their mouths wide open. Sharing the photo, Misha wrote, “That’s what little girls are made of!!.” Also Read - 'I Love You Baby'! Shahid Kapoor's Wife Mira Kapoor Showers Love And Kisses on His Birthday 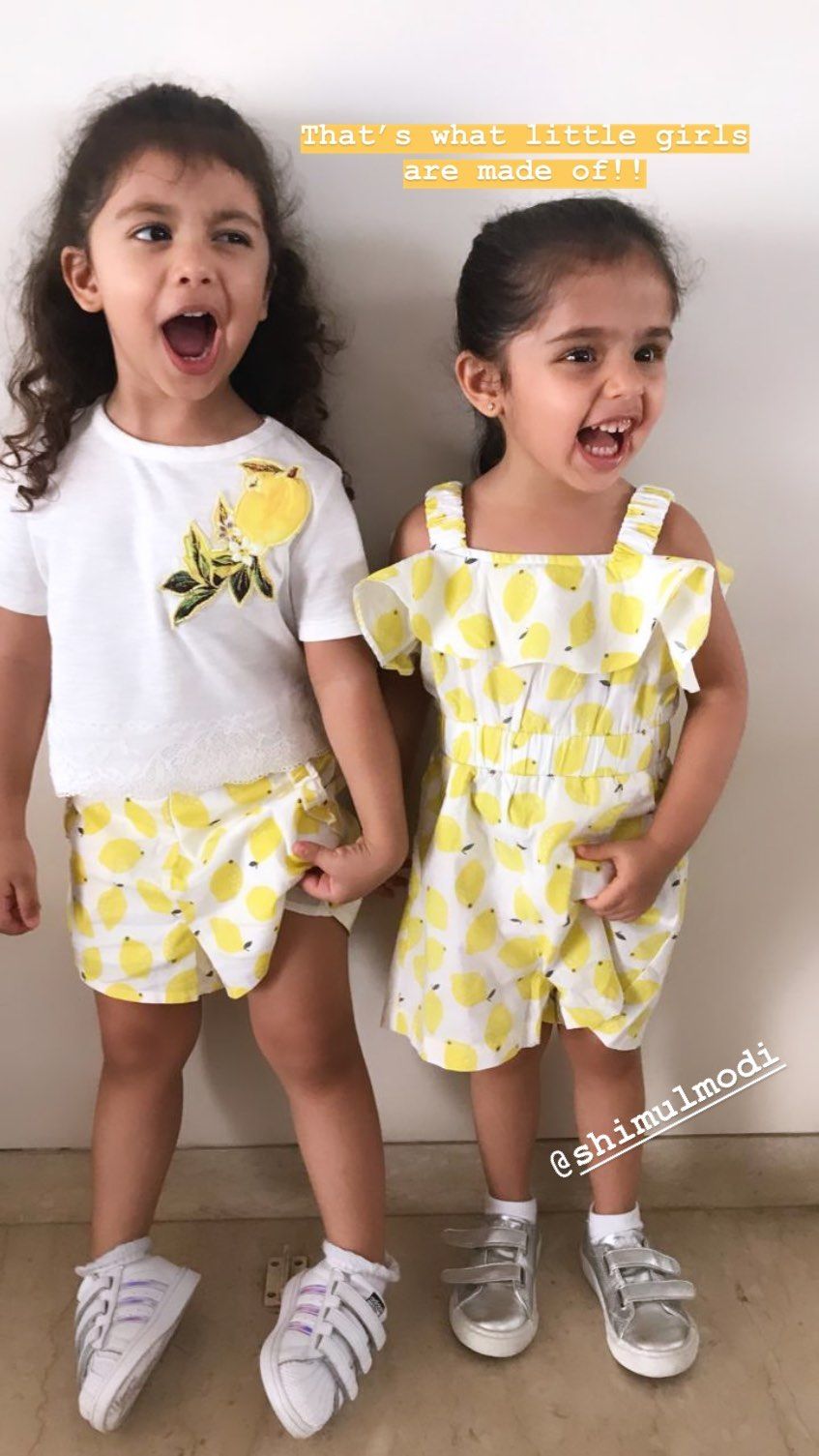 Earlier this month, Mira Rajput and Shahid Kapoor recently celebrated their fourth wedding anniversary. On the occasion, Mira shared a picture with Shahid from their wedding day while Shahid took to his Instagram handle to share Mira’s first picture he saved on his phone. Mira captioned hers as “You make my world and me go round #happy4,” while Shahid captioned his post, “Her first picture I saved on my phone. And now almost every second picture has her in it. She is #life. I love you @mira.kapoor thank you for being you.” Also Read - Shahid Kapoor Birthday: Ishaan Khatter’s Amazing ‘Then And Now’ Birthday Wish For Big Brother is Cutest Thing on Internet Today

Meanwhile, Shahid is busking on the success of his last release Kabir Singh. The film crossed the Rs 200 crore club. Shahid, who has been applauded for his performance in the film, earlier shared a heartfelt note on Instagram thanking the audience for showering their love at the “most flawed character he has ever played”.

Kabir Singh garnered Rs 20.21 crore on day one, becoming the fourth biggest Hindi opener at the box office this year.

Kabir Singh is the Hindi remake of Telugu hit film Arjun Reddy, starring Vijay Deverakonda. Both the films have been directed by Sandeep Vanga. The male protagonist in the film finds himself unable to handle his life after his girlfriend marries another man due to family pressure. The film also highlights the issues of mental illness and caste differences.