Shahid Kapoor’s wife Mira Rajput is pregnant with their second child. Recently, she was asked if she is expecting a girl or a boy and she gave a perfect answer to that. Mira was asked this question on the newest question and answer Instagram stories. A user asked her, “This time boy or girl?” and she gave a befitting reply, “Don’t know and doesn’t matter”. Also Read - Shahid Kapoor to Make His OTT Debut With Action-Thriller Film Based on Operation Cactus

The couple is already blessed with a two-year-old daughter, Misha and now they are expecting their second child soon. The duo announced the second pregnancy in April through social media by posting an adorable picture of Misha lying on the floor with balloons drawn and ‘ Big Sister’ written. Also Read - Ishaan Khatter Says He's Not 'Irked' About Being Recognised as Shahid Kapoor's Brother

Shahid Kapoor spoke about the pregnancy announcement to a leading daily and said, “I am very happy. We just felt like sharing it with everybody. Mira said she wanted to put it on Instagram, and I felt the photograph was really cute. So, it was a spontaneous decision and it just happened.” Also Read - Found Myself Little More! Shahid Kapoor's Wish For Wifey Mira Kapoor on Their Wedding Anniversary is Pure Love 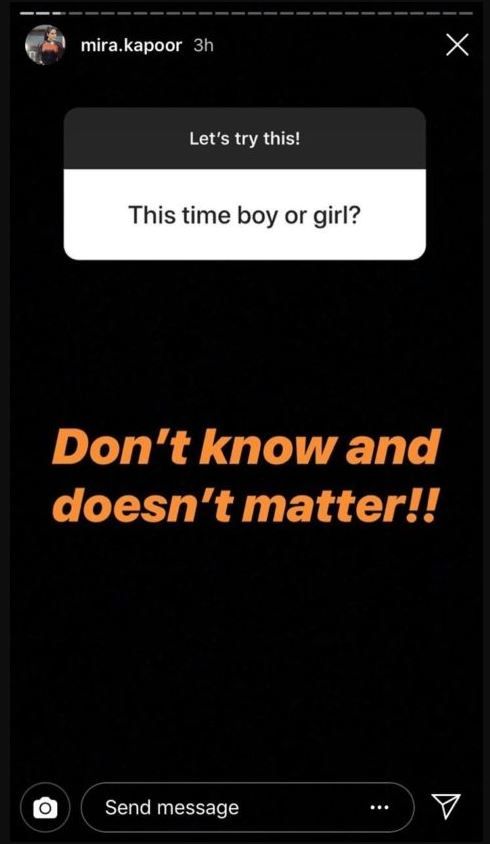 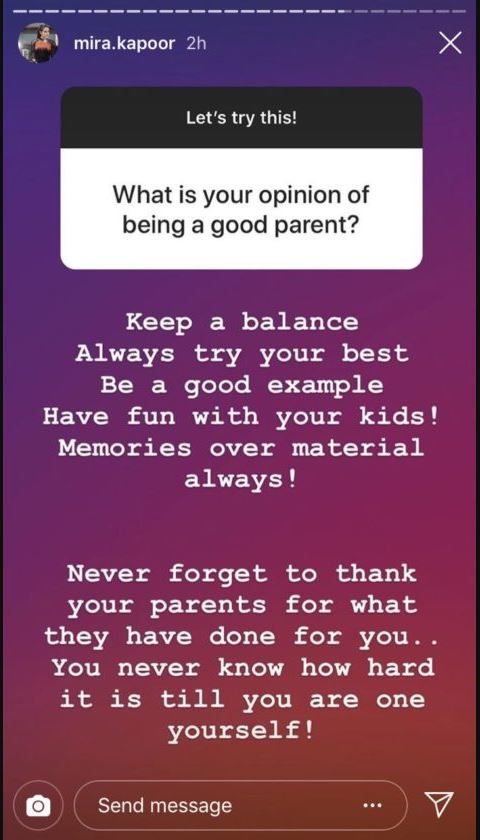 Shahid and Mira are all set to welcome their second child in a few months and daddy Shahid has already taken a paternity leave from his upcoming project. On the work front, Shahid is currently working on his upcoming film Batti Gul Meter Chalu. He has preponed the Mumbai schedule of the remake of a Telegu film Arjun Reddy so that it does not clash with Mira’s delivery date.