After Hollywood at the Academy Awards, Bollywood gets its own 'selfie' moment! 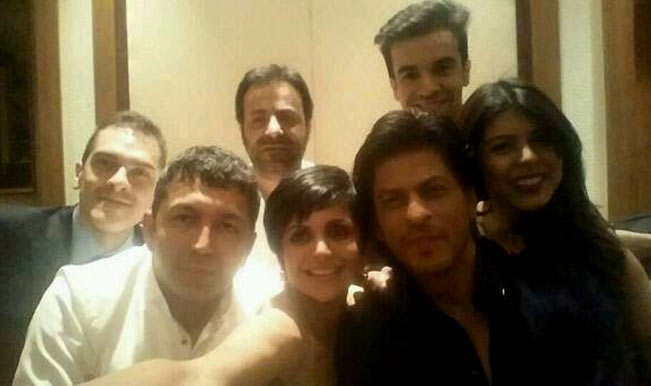 Anchor-actress Mandira Bedi posted the Bollywood selfie on Twitter and Facebook with the caption: “We had our own selfie moment.” Also Read - Mallika Sherawat Recalls When a Producer Asked To Heat Chapatis On Her Waist For Sexy Song Sequence

Shahrukh is the star attraction of the selfie, which was clicked during a bash thrown by luxury watch brand Tag Heuer, endorsed by King Khan.

The picture has received over 750 retweets and it has been favourited over 1,200 times so far.

It was a standout moment at the 86th Academy Awards, held at Los Angeles’ Dolby Theatre on March 2. The picture received over 1.1 million retweets within just half an hour.