The weekend is here and it’s time to take a look at the top 5 news of the week. A lot has been happening in the telly land this week. Here are 5 things that you can’t afford to have missed this week. From Shakti Arora and Neha Saxena‘s hush-hush wedding to Shahnaz Rizwan bids adieu to Yeh Hai Mohabbatein, here’s 5 things that rocked the TV industry, this week.Also Read - When Sunny Deol's Son Karan Cried Inconsolably Seeing Dad Romancing Juhi Chawla

Popular television actors Shakti Arora and Neha Saxena, who were in a relationship for four years, surprised us with their wedding news. Reportedly, the actors tied the knot on April 6 this year, in a private ceremony amidst friends and family. Talking about his wedding, in a statement to TOI, Shakti said, “It was a private affair with only our immediate families in attendance. Both of us have been relatively free over the past few months and so, decided to take the plunge.” The couple, after the hush-hush wedding, jet off to Norway for the honeymoon. Also Read - Yeh Hai Mohabbatein Actor Shireen Mirza Marries Hasan Sartaj in Jaipur- See Pics From Royal Wedding

Television actress Shahnaz Rizwan, who is seen playing the role of Mrs Bhalla (Toshi) in Star Plus’ show Yeh Hai Mohabbatein, has decided to end her long and fruitful stint with Ekta Kapoor‘s popular show. Yes, Shahnaz, who has been associated with the show since five years, has confirmed the news to The Times of India and said that she is quitting the show to spend time with her family in London. The daily quoted her as saying, “Yes, I am all set to quit the show. There is no such reason professionally. It’s just that I am really missing my family who is settled in London and eagerly waiting to go back to them.”

Anita Hassanandani, who is currently seen in Star Plus’s popular show Yeh Hai Mohabbatein, recently celebrated her birthday with husband Rohit Reddy and family in Goa. The couple, who share an amazing chemistry in real life, is one of the most endearing couples of the television industry and they never fail to give us couple goals. The duo always keeps posting their pictures and videos to keep the fans updated and entertained. She recently shared a picture with Rohit from her birthday celebrations in Goa, where she is seen giving a peck on his cheeks. The couple looks head over heels in love with each other in the picture. The actress captioned the post as, “MadBae.” 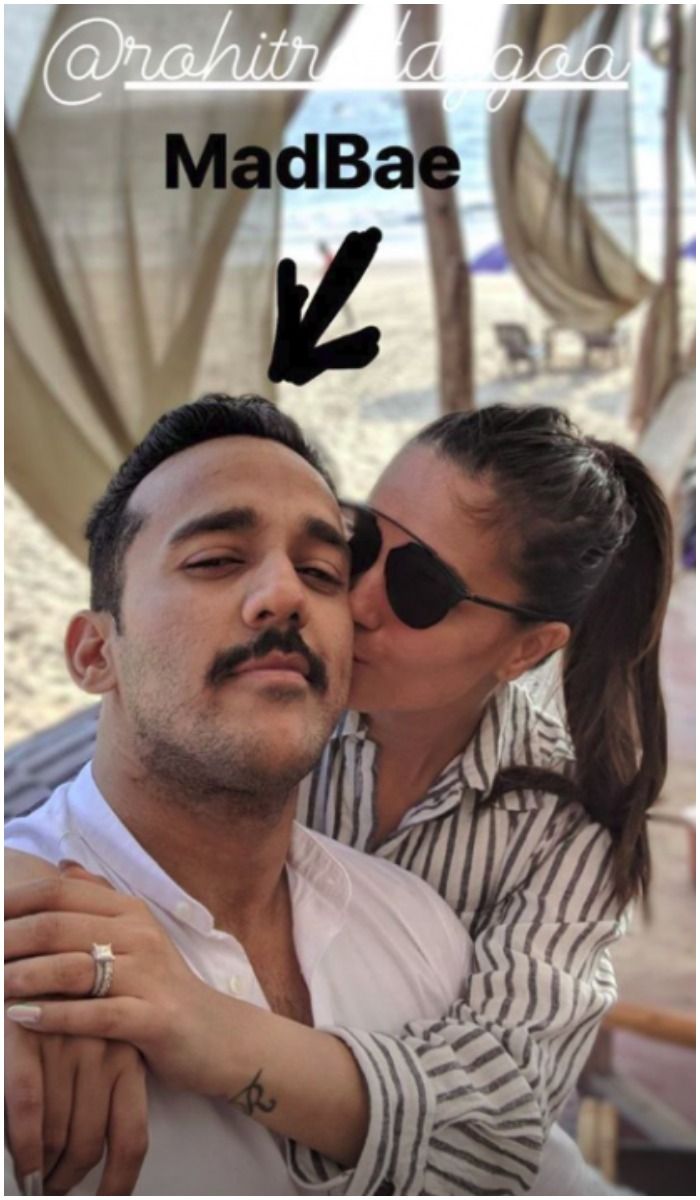 The actor-comedian Kapil Shama recently announced on Twitter that he has filed a complaint against his former managers Preeti (ex-girlfriend) and Neeti Simoes, alleging them of tarnishing his image and trying to extort a sum of Rs 25 lakh. Reportedly, Kapil also accused them of fraud and defamation. Not just that but he also blamed the sisters for cancelling of shoots with celebrities. In a leaked copy of the statement (which is in Marathi), that is doing the rounds on social media, Kapil stated, “The sisters were responsible for handling the celebrity guests and letting me know every detail beforehand, but due to their lack of coordination and not informing me on time, several celebs were left miffed with me. They also tried to create misunderstanding about me and my other fellow actors.” However, Preeti Simoes denies his allegations and makes some strong statements.

Zain Imam, Aditi Rathore Naamkaran To End On May 18?

Star Plus’s much-celebrated show Naamkaran, that started on a promising note, will be going off-air on May 18. Reportedly, the low TRPs have led the channel to pull a plug on it, within a month of its launch. Helmed by Mahesh Bhatt, Naamkaran, which features Zain Imam and Aditi Rathore in the lead roles, is inspired by one of his critically acclaimed films. The show was released in 2016 and since then it had a huge fan following due to Neil and Avni’s chemistry and the storyline. Well, the buzz is that the show might wrap up in the month of November. Watch this space for further updates.