Actor Shakti Kapoor will be seen playing the role of a crazy professor on a quest to seek the meaning to life as well as death, in his upcoming film “Untouched Love”. 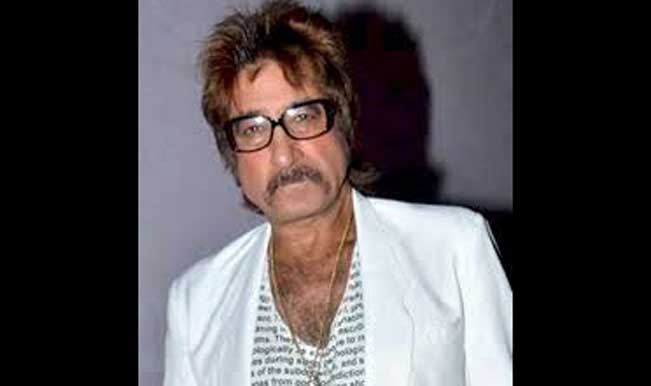 Mumbai, May 27: Actor Shakti Kapoor will be seen playing the role of a crazy professor on a quest to seek the meaning to life as well as death, in his upcoming film “Untouched Love”. According to a source, the 56-year-old will be seen as an insane person, who is experimenting with the cycle of life and tries to determine the birth and death of a person. Also Read - 'Daru Lene Jara Hoon': Shakti Kapoor’s Hilarious Video Carrying a Large Drum to Buy Liquor Goes Viral – WATCH

Apart from peeping into other’s lives, the professor will even discover the day of his death. His whole plan turns into a fiasco after he becomes the focus of an intense media circus. At the same time, he tries to save the life of his son who is dying a painful death. Also Read - Shraddha Kapoor Pens Raw Emotions in 'Happy Anniversary' Post For Parents Shivangi Kapoor-Shakti Kapoor

Shakti, who is known for his villainous and comical roles in films, is said to have liked the narration of “Untouched Love”. “He was very amused and had a hearty laugh. He found it to be different from the type of movies he has done in the past. The script prompted him to take up the project,” the source said a statement.  Besides “Untouched Love”, Shakti will also be seen in “Shimla Mirchi”, “Kyaa Kool Hain Hum 3” and “Surkh Wala Love”.

History lessons for ‘Gour Hari Dastaan’ cast National Award winning director Ananth Mahadevan’s upcoming biopic “Gour Hari Dastaan – The Freedom File”, which depicts the 32-year-long struggle of Gour Hari Das with the bureaucracy to prove that he is a freedom fighter, has been made under the guidance of the subject and an entire team of historian scholars.

The research was done in accordance for the need to make sure certain historical events and their representation in the movie was aptly and factually correct.  Also, two of the scholars were specially appointed to teach and educate the cast, which includes Vinay Pathak, Konkona Sen Sharma and Ranvir Shorey, about the history represented in the film.

“This research was rarely done in Indian biopics and this was the right way to go about recreating a not so recent past,” Konkona said in a statement. The minute detailing that the research threw up, took the 35-year-old into a different space and time, helping her immensely with elements that could enhance her character study.

The film, which encompasses the past in a stinging modern day satire on free India through the eyes of the freedom fighter Gour Hari Das is scheduled to release on August 14.

Pulkit ‘can’t wait’ to watch ‘Dil Dhadakne Do’ Actor Pulkit Samrat, best known for his role as Hunny in comedy film “Fukrey”, says he is a big fan of filmmaker Zoya Akhtar and is excited about her forthcoming comedy drama film “Dil Dhadakne Do”.

The 31-year-old has been actively promoting the film on micro-blogging website Twitter by reposting tweets of the cast, which includes Farhan Akhtar, Ranveer Singh, Anil Kapoor, Priyanka Chopra, and Anushka Sharma.  “I have always been a fan of Zoya’s work. I can’t wait for ‘Dil Dhadakne Do’ to release and have already begun the countdown,” Pulkit said in a statement.

Pulkit made his big screen debut in 2012 film “Bittoo Boss”. However, it was Farhan’s production banner Excel Entertainment, which brought the actor into limelight with “Fukrey”. Pulkit will next be seen in “Bangistan”, which is also produced by Farhan. The poster of the film has already been released and shows Pulkit in a different look.