Amitabh Bachchan is the soul of the film. Dhanush's acting wins more fans but Akshara Haasan is just ok but a good effort for her first film. 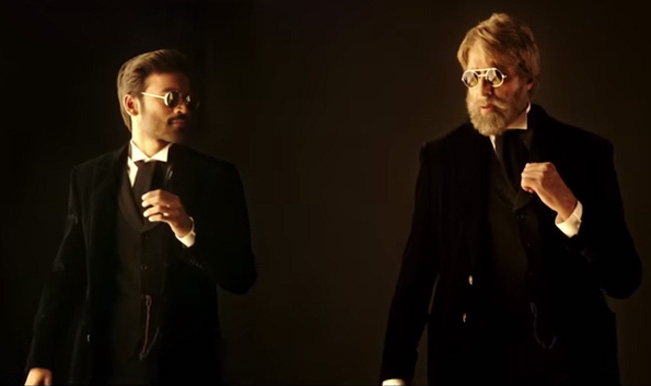 Amitabh Bachchan is the soul of the film. Dhanush’s acting wins more fans but Akshara Haasan is just ok but a good effort for her first film. The start of the film alright, not great but as the plot unfolds it starts to win you over. Dhanush and Amitabh Bachchan’s scenes together are a delight to watch. The film that makes Dhanush a star is what you have to wait for. The way Shamitabh is shot makes you wonder how such an odd mix would work but it is probably the off-beat ways of Shamitabh that make you like the film in an unprecedented way. (Read: Shamitabh music review: Ilaiyaraaja’s odes work in a unique way) Also Read - Kangana Ranaut Compares Herself to Amitabh Bachchan, Targets Taapsee Pannu Once Again

Directed by R Balki, Produced by Sunil Lulla, R. Balki, Rakesh Jhunjhunwala, R. K. Damani, Amitabh Bachchan, Abhishek Bachchan, Sunil Manchanda, Shobha Kapoor, Ekta Kapoor and Dhanush, the film is written by R Balki. Music is taken of by Ilaiyaraaja and the screenplay is handled by P C Sreeram. The film has been made on an approximate budget of Rs 40 crore.