Shazahn Padamsee singing on stage with her mom! 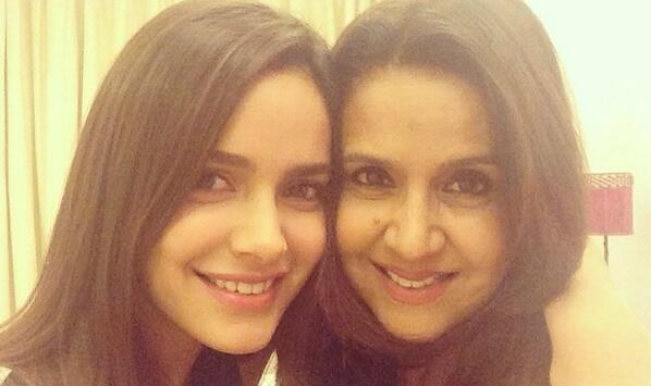 Mumbai, July 28: Actress Shazahn Padamsee sang for the first time on stage where her mother and popular singer Sharon Prabhakar also belted out few hit numbers. The “Housefull 2” actress called the experience “magical”. The daughter of theater personality and ad filmmaker Alyque Padamsee had made her acting debut in 2009 with “Rocket Singh: Salesman of the Year”. Also Read - Zareen Khan Reveals 10 Lesser Known Facts About Herself

But now she is following her mother’s footsteps. “What happened last night (Sunday) was truly magical! Never thought singing for the first time on stage would feel so surreal,” she tweeted Monday. A week back she had asked her followers to join her at the Tata theater here July 26 and further added: “My mums gonna be singing the biggest Motown classics n I’m gonna be singing a few songs too :)” Also Read - Watch Zareen Khan Answer 29 Questions About Second Chances And More

She had earlier said that she was taking vocal lessons with her mother and had shown interest of taking up the singing profession as an alternative career option. Also Read - Alyque Padamsee Passes Away at 90: Celebrities’ Condolences Pour in on Twitter, Check Messages