Viral pictures of Shehnaaz Gill as Sardaar are unmissable. Fans feel proud for promoting her culture. Check out

Mumbai: Punjabi actor and internet sensation Shehnaaz Gill has turned heads with her drool-worthy pictures. She never misses a chance to get in touch with her fans through her social media page. This time, the Bigg Boss 13 contestant has won millions of hearts with her latest pics where she donned a red turban, inspired by singer and her Honsal Rakh co-star Diljit Dosanjh. Shehnaaz Gill is quite active on social media and gave a glimpse of her turban look. The transformation of turning a boy has impressed her fans as they want more details on the look. The pictures have gone viral and the comment box is full of heart emojis and text ‘Sardar Ji’. Is this Shehnaaz’s new look for her upcoming Punjabi film Honsla Rakh? Let’s wait for an official announcement.Also Read - Shehnaaz Gill Plays With Waves in New Video, SidNaaz Fans go Gaga Over Her Cuteness: ‘Main Attract Kar Rahi Hun…’

One of the users wrote: “Diljit ji da inspired look nahi aa, yeh Punjabi da inspired look aa she is promoting her culture and shes one proud punjaban!!! clearly!!!”. Another one wrote: “Cutu sardarji”. “Proudly representing her place ❤️”, wrote the third one. Also Read - Shehnaaz Gill Dazzles in a Black And White Picture, Fans Say 'Most Haseen Ladki Ever'

Have a look at the pictures of Shehnaaz Gill as Sikh: 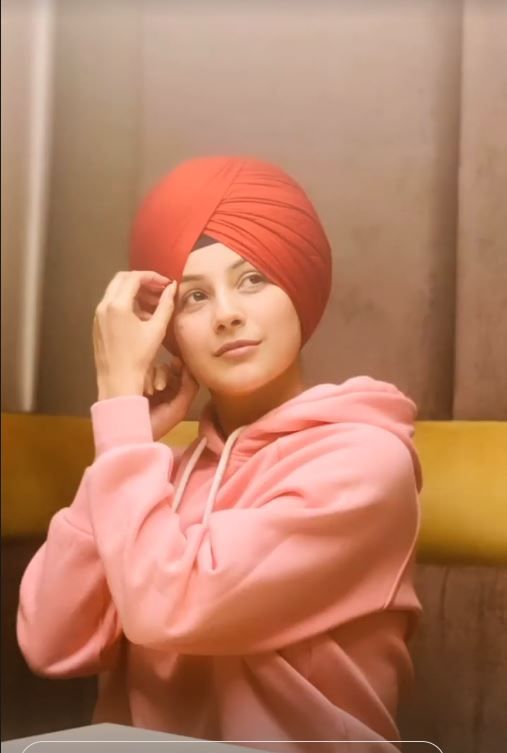 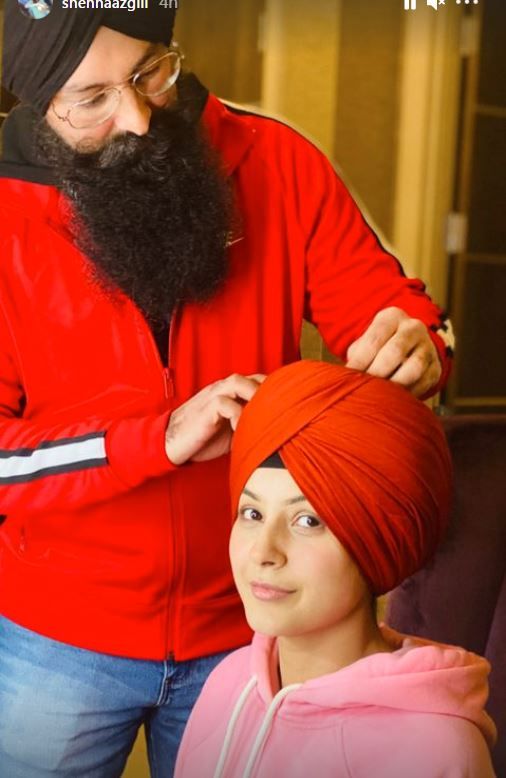 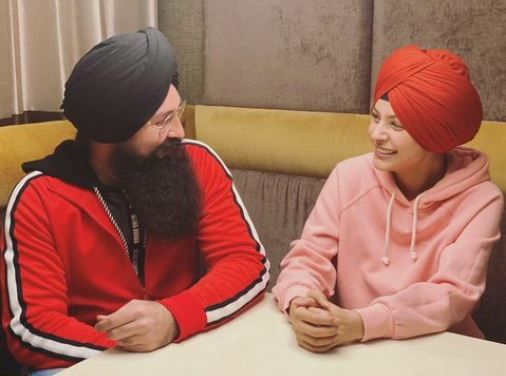 On April 2, Shehnaaz Gill and Diljit Dosanjh announced the wrap of Honsla Rakh that also stars Sonam Bajwa in important roles. When the actor had flown to Canada with the team of the film and began shooting, Shehnaaz’s fans were extremely happy over her first major film. However, this is the first time Diljit, Shehnaaz will be seen together. Honsla Rakh will be released this Dussehra, 15th October 2021.

Earlier, in an Instagram Live session, Shehnaaz had revealed that it was her dream to work with Badshah and Diljit, which had now come true. Shehnaaz’ song with Badshah Fly received positive reviews from her fans. The song has garnered over 32 million views.