Shibani Dandekar Shares a Romantic Picture With a Mystery Man, Internet Thinks He is Farhan Akhtar

In Shibani's latest post, she can be seen walking hand-in-hand with a mystery man and the internet thinks that he is Farhan Akhtar.

Actor Farhan Akhtar is rumoured to be dating model-TV presenter Shibani Dandekar for quite some time. Lately, the lady has shared a picture that has left tongues wagging. In it, she can be seen walking hand-in-hand with a mystery man. Though the face of the person is not visible, as soon as the picture surfaced on social media, people started speculating that he is Farhan. If reports are to be believed, Shibani is in Canada along with the actor and Shankar-Ehsaan-Loy for the SelfTour 2018. Also Read - 'Mirzapur 3 Won't be Released', Warns Advocate Who Filed Plea Against Amazon Prime Video Show in Supreme Court

A month ago, Farhan also shared a picture with Shibani and his couple of friends from London that added fuel to the fire. Speculations were also rife that the handsome hunk celebrated Shibani’s birthday with her. It is yet to be seen if there is something true to these reports. Also Read - No Slang, Less Violence! Mirzapur Makers To Revamp Show With Major Changes, Likely To Change Title

Check out the picture:

Both the stars met on the sets of TV show I Can Do That. The actor was hosting the show whereas Shibani participated in it along with Rithvik Dhanjani, Gauahar Khan and VJ Bani. It is being said that they have been dating for the past six months. 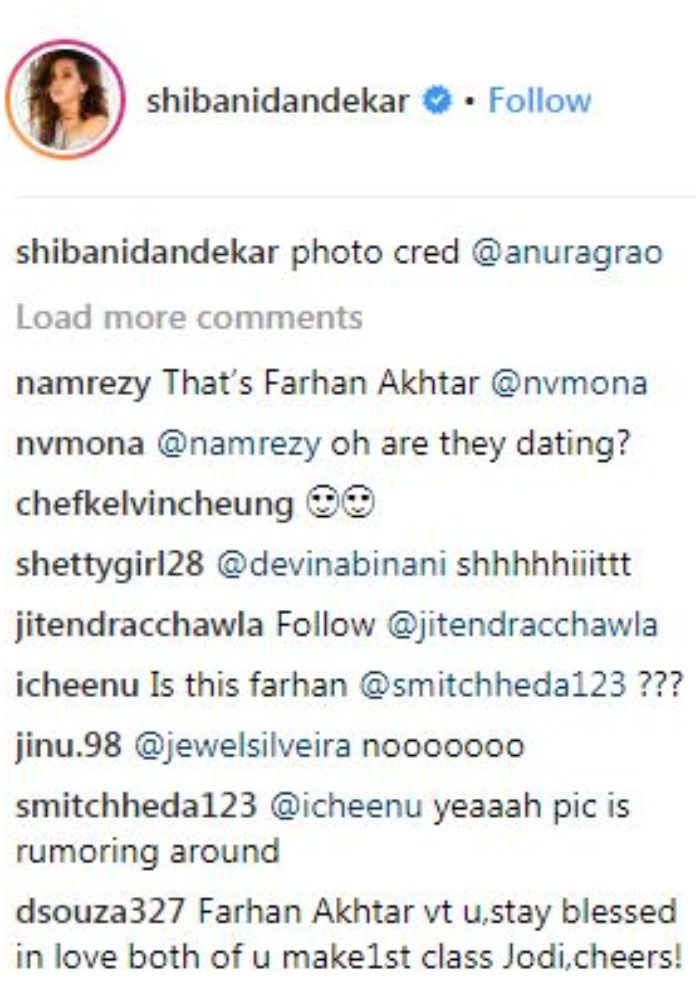 On the professional front, Farhan is occupied with the work of Shonali Bose’s The Sky Is Pink. The movie also features Priyanka Chopra and Zaira Wasim in crucial roles.