Mumbai, May 30 : Actress Shilpa Shetty, who found popularity in Britain after winning a season of "Celebrity Big Brother" in 2007, has turned into a radio jockey to talk about Bollywood with the 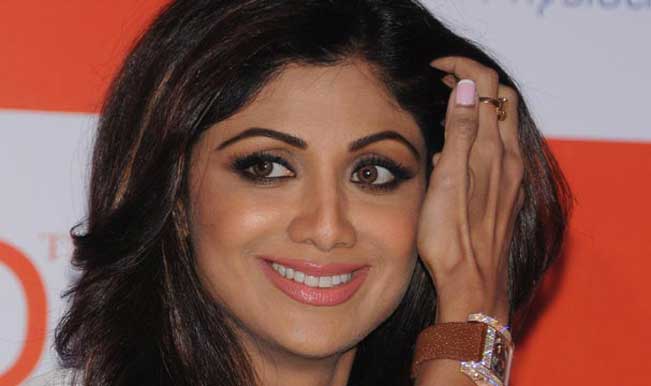 Mumbai, May 30 : Actress Shilpa Shetty, who found popularity in Britain after winning a season of “Celebrity Big Brother” in 2007, has turned into a radio jockey to talk about Bollywood with the people in London. She will be on a special show on BBC Radio 2.  The actress, who is married to businessman Raj Kundra, took to micro-blogging site Twitter to share details of the show, which will go live in September. Also Read - IPL 2021: Rajasthan Royals Plan to Release Captain Steve Smith Ahead of Auction

“Working day today in London. Recording for a series of shows introducing Bollywood to the Mainstream here on BBC Radio 2. Goes on air in Sept,” Shilpa tweeted.  The actress interacted with melody queen Lata Mangeshkar and Bollywood’s entertainment master Karan Johar for the broadcast. She feels “indebted” to the two for taking time out to delve upon their journey in showbiz. (READ : Spotted: Varun Dhawan, Shilpa Shetty along with Raj Kundra and their son Viaan Raj Kundra at PVR) Also Read - Sonakshi Sinha Paints The Town Yellow in an Embroidered Cape Set from the Shelves of Arpita Mehta Worth Rs 39K

“So much fun recording, spoke to @mangeshkarlata and @karanjohar. Thanku so much for making the shows so special, indebted to you both,” the actress further posted.  Elated by the new role, the “Dhadkan” actress posted two photographs of herself in radio jockey mode. She shared these images on photo-sharing website Instagram with the caption: “The new RJ in the house”.  After her stint on the sliver screen, the actress turned into an entrepreneur and has carved a name for herself in the business world.

Shilpa runs a spa and wellness chain IOSIS and she is also a co-owner of the Indian Premier League franchise Rajasthan Royals. She even has a jewellery business, and is a successful fitness expert. The actress also walked into the small screens as a judge and a host for a slew of shows like “Bigg Boss” and “Nach Baliye”.