Bella held on to her outfits in both instances with ease and confidence. But just imagine the scandal if all the cameras of the world had caught her without underwear!

Supermodel Bella Hadid almost suffered a wardrobe malfunction on the Cannes 2016 red carpet, as she walked in a revealing but gorgeous red gown. The paparazzi caught her from all angles on the red carpet of The Unknown Girl premiere at the 69th Cannes International Film Festival. A little slip or a breeze, and Bella Hadid’s red dress would have revealed all – full frontal nudity, all thanks to her slit that would Angelina Jolie’s famous black slit dress to shame! Also, Bella’s side-boob was visible. We wonder how this is allowed on the Cannes 2016 red carpet when going heel-less or shoeless, like Julia Roberts did, isn’t! See more of Bella Hadid’s pictures, courtesy Twitter. Also Read - Bella Hadid Declared Most Beautiful Woman in World by THIS Maths Equation And we Are as Puzzled as You! 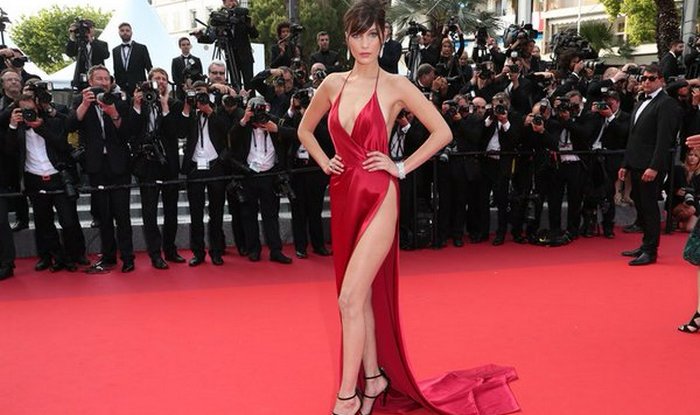 All of 19, Bella Hadid looked stunning on the red carpet. But she us used to wearing braless stuff, we guess. As she walked the runway at the amfAR Cinema Against AIDS 23 Gala at Hotel du Cap-Eden-Roc on Thursday, May 19, she wore a silver a silver jacket and pants (a tracksuit) without anything inside! The jacket was open and we could see it all. Also Read - Gigi Hadid International Supermodel Turns 23, Look Back at Her Sexiest Pictures 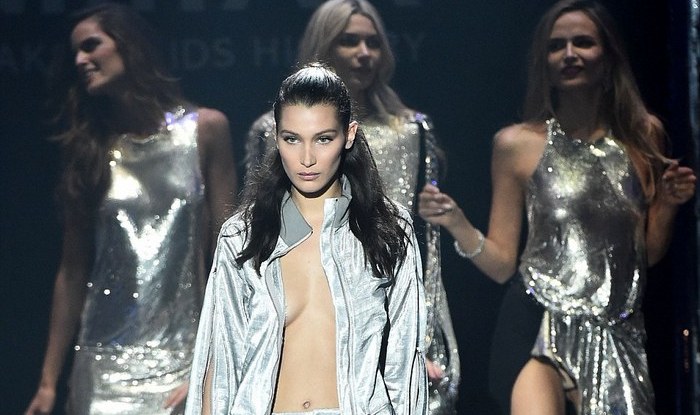 Bella held on to her outfits in both instances with ease and confidence. But just imagine the scandal if all the cameras of the world had caught her without underwear! 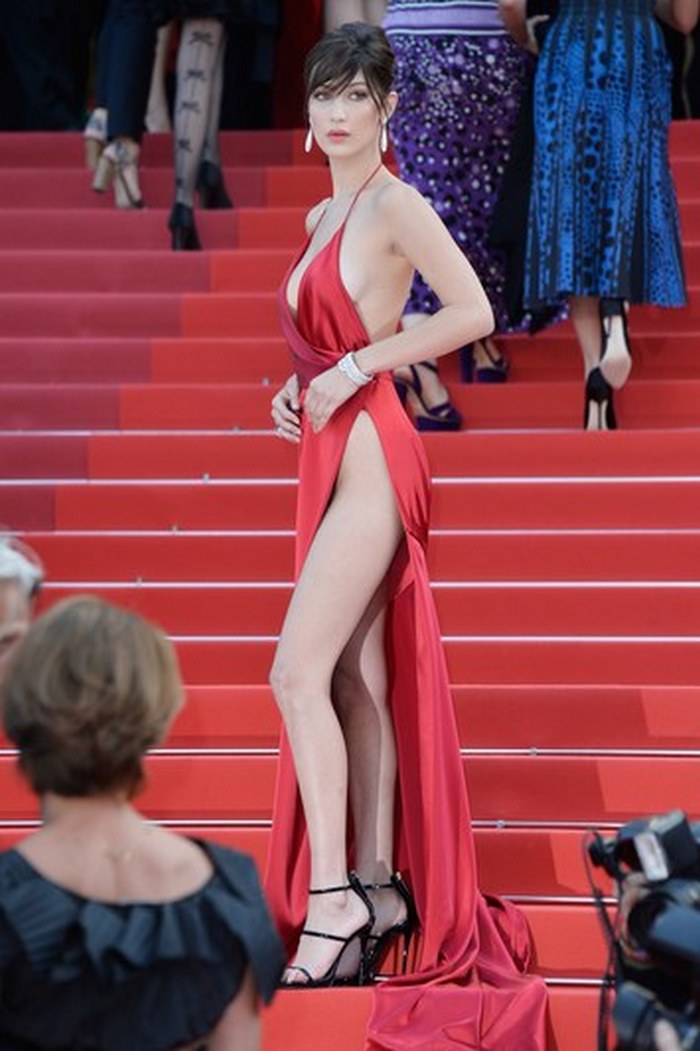 Also watch the video from both the events were Bella Hadid appeared in France.